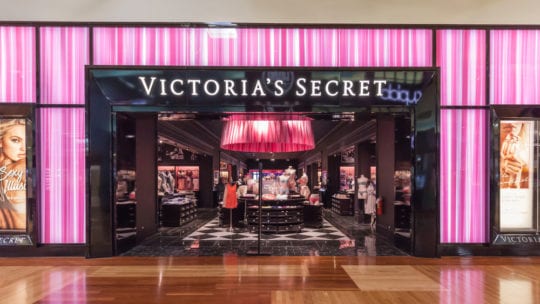 With the advent of social media, multi-channel messaging and a generation raised on a diet of timely content, brands behaving badly rarely get past consumers' discerning eyes. Legacy and emerging companies take a hit when failing to meet audience expectations.

Last week, L Brands, home to mall-giant Bath & Body Works, sold Victoria’s Secret (VS)—a global brand and an iconic name in female undergarments. The move was in response to a decline in sales and controversies surrounding the brand, including CEO Lex Wexler’s connection to sex offender Jeffrey Epstein. In addition, there were numerous examples of employee harassment, and a disconnect with the modern consumer's needs. Wexler will step down as CEO.

One wonders what pushes a profitable brand into the fray of private equity firms. Could a sale benefit the brand's effort to recover its reputation? Is it a way of saying, 'Hey, we’re ready to make a change'?

When looking at such a move from a PR, crisis and reputation perspective, is it too little too late? Can VS come back from its low point and attract consumers in a new era? Will its messaging change?

We looked at VS and other brands trying to return from a crisis. In addition, we spoke with crisis experts about whether or not VS's sale and changed outlook will make a difference.

Is it ever too late for a brand to recover from bad behavior? Abercrombie & Fitch (A&F) was the height of high school and college it status in the late 1990s. It was known for simple jeans and cozy sweaters—the paradigm of fashion for teen fans of TV programs like Dawson’s Creek. Similarly, it earned a mention in the pop song “Summer Girls,” from the boy band LFO.

But nothing gold can stay, particularly for a fashion brand surging in popularity. A&F quickly became a casual luxury brand, accessible only to the thin and wealthy prep crowd, with lines consisting of $150 jeans and no size higher than a 10 for women (the average size in the US is 16). Shirtless 20-something men with Adonis-type bodies folded t-shirts in its stores. In 2006, CEO Michael Jeffries told Salon the brand was exclusively for “cool, good-looking people.”

In a statement, Kristin Scott, president, A&F's global brands, said, “Our goal is to inspire our customers to feel confident, be comfortable and face their Fierce. Face Your Fierce speaks to our values of authenticity, self-love, perseverance, and ultimately, the countless expressions of Fierceness our customers embody.” Other brands have also taken to making moves towards the inclusion of all audiences.

Chick-fil-A, the fast-food chain long known for supporting anti-LGBTQ groups, recently caved under pressure during airport expansions. Airports in Buffalo, N.Y., and San Antonio, Texas, scrapped plans for opening outlets due to consumer outrage. In response, Chick-fil-A announced it will no longer renew donations to The Salvation Army or Fellowship of Christian Athletes. Both organizations hold controversial stances on the LGBTQ community.

Another example is Barbie. The doll, at 60, looks better than ever. In 2016, parent company Mattel started unveiling diverse versions of Barbie. In all it included more than 176 dolls with 9 different body types, 35 skin tones and 94 hairstyles.

This wasn’t always the case. The Washington Post reported that when Barbie was introduced “the United States was nearly 89 percent white and only recognized male and female genders.” 2017 census data shows just 49.6 percent of children younger than 10 are white.

Much like the VS audience, things changed, sales dropped and Mattel and Barbie agreed to give customers a product that looked like them.

L Brands' move could make or break VS. Will the move point VS in the right direction? Most experts agree that the secret is in the product itself, and that the company needs to take a long, hard look at consumer preferences. Gene Grabowski, partner at kglobal, believes it’s not too late.

“Brands, like a person’s health, always have a chance to recover from a major setback that isn’t fatal," he says.  The keys, Grabowski believes, are time and treatment. “Time is important because you cannot quickly rebuild a brand that has been battered by bad publicity and social media attacks that linger online for months and years. Treatment, when it comes to damaged brands, refers to the tactics employed to recover trust and to deliver reliable products or services."

He continues, "[VS] must make a stronger appeal to millennial and Gen Z women, who were likely appalled by the company’s connection to Jeffrey Epstein...it must offer more apparel options that appeal to the easy and comfortable lifestyle of today’s younger women.”

A Crisis of Customer Connection

Andy Gilman, president and CEO, CommCore Consulting Group, agrees. VS needs to appeal to a new generation, he believes.

Quoting an auto industry maxim, "'If you have a great car, it will sell itself.' It all starts with sheet metal,” Gilman says.

“The product line has not changed to keep up with current customers,” he says. As a result, Gilman believes VS has less a PR crisis than product and customer-connection issues. "If they figure out different (products), and learn to connect with the best influencers for women’s fashion—their fortunes would change faster than any PR plan ever could.”

Women’s lingerie brands—including many direct-to-consumer lines—such as ThirdLove, AdoreMe and Aerie—have eaten VS's lunch. They've captured the attention of consumers with quality products that reflect realistic body types. In addition, they've crafted relatable messages that make women feel good about their bodies and themselves. VS has missed the mark on this years.

“The company’s historic emphasis on sexiness, glamorous models and runway shows only serves to solidify the idea that it views its audience as sex objects, or at least people who idolize sex objects,” Grabowski says. “VS needs to sponsor programs and make contributions to efforts that support women’s rights," which is important to its young audience. The company needs women executives in senior roles "who can speak to the company’s vision, and...demonstrate some distance from the older way of thinking associated” with the brand.

“The primary reason that battered brands don’t recover is that companies and shareholders expect things to turn around too quickly – after two or three quarters,” he says. “But it takes a lot more time to turn things around...it will take many months and even years for VS to fully recover.”