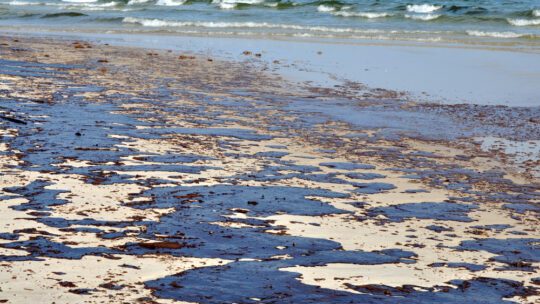 Southern California is reeling after a pipeline failure dumped 126,000 gallons of oil into the Pacific Ocean, three miles from the Orange County coast, creating an oil spill 13 miles wide.

Huntington Beach beaches are closed as cleanup crews race in to control the spill and attempt to rescue wildlife. Dead fish and birds already are washing ashore.

The ecological disaster triggered a communication crisis response from the Coast Guard, local authorities and environmental groups, but all eyes are on the Texas-based company that owns the pipeline, Amplify Energy Corp., and the smaller company, Beta Operating Company, that manages day-to-day operations via three offshore oil platforms.

Consumers, residents, the press, authorities and environmental watchdogs are waiting to hear how Amplify plans to mitigate and repair the harm the pipeline failure caused.

PR best practices dictate consistent and transparent updates, an honest apology from executives (rather than a non-apology apology) and communication of measures the company is taking, and will, to address the crisis and prevent a future mishap.

So, how is Amplify delivering so far?

President and CEO Martyn Willsher told the press that an issue during an inspection Saturday morning triggered the company to notify the U.S. Coast Guard. This signals Amplify escalated the issue to authorities rather than attempt a cover-up from hour one of the crisis. (Whether or not the oil leak started prior to the inspection is unknown).

Next, Willsher addressed steps Amplify is taking: The pipeline was “suctioned” at both ends and oil pumps were shut down by Saturday night, through Sunday.

Portions of Willsher’s statement at a press conference Sunday have the markers of a non-apology apology. Media trainers may be quick to note that the CEO’s casual speech (“Like I said,” “you know,”) might come off as flippant or defensive. Here's what Willsher said:

"We are investigating the source and potential cause of this incident. Like I said we will continue to work with unified command to ensure that this recovery effort is concluded as quickly as possible…We're all deeply impacted and concerned about the impact not just the environment but you know, the fish and wildlife as well."

On the bright side, Willsher traveled to California for the conference, helping communicate the severity of the issue. Surely, investors are chomping at the bit for an explanation—the company’s stock plummeted 44 percent Monday (Oct. 4).

Likely for legal reasons, the company’s press release on its website is brief (136 words) and does not take immediate responsibility. Indeed, the first entity named in the statement is the operator, Beta Offshore, rather than Amplify. The website link listed for Beta on the Long Beach Area Chamber of Commerce website redirects to Amplify’s homepage, indicating that it may be tough for Amplify to distance itself from its subsidiary from a digital communication standpoint.

In the statement, Amplify refers to the incident as an “oil sheen” rather than a leak or spill. It also uses the word “release” as a gentle stand-in for spill, as you see below.

Beta Offshore (a subsidiary of Amplify Energy) first observed and notified the U.S. Coast Guard of an oil sheen approximately four (4) miles off the coast in Southern California and initiated its Oil Spill Prevention and Response Plan.

The Company has sent a remotely-operated vehicle (ROV) to investigate and attempt to confirm source of the release.

Rather than using a company email address or phone number, the press point of contact listed is, curiously enough, a Gmail account. Perhaps the company contracted an outside crisis communication firm.

PRNEWS reached out to learn more, but has not received a response as of this writing.

One would think Amplify has a crisis firm on speed-dial, as this is hardly the first time it or its subsidiary have encountered PR crises. CNN’s Natasha Chen said during her on-air report Oct. 4 that the company was smacked with more than 100 violations on the pipeline over the years, including a safety warning just last week.

As PR pros know, crisis communication often requires rapid movement. Amplify is in a race against the clock: Huntington Beach locals, who began to smell petroleum and spotted oil on the water Friday evening, are questioning why it took the company a full day to respond.

It will surely take some serious time and effort for Amplify—and its PR pros—to clean up this particular mess.