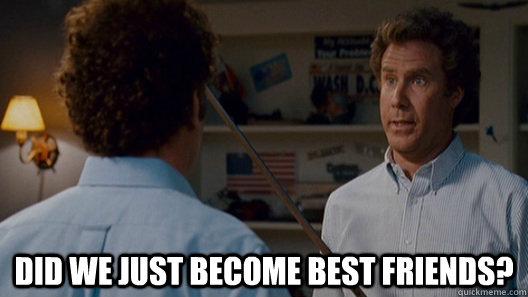 The classic school of crisis management is rooted in the concept of goodwill banks, with the idea being that a company builds up goodwill over time, which is a currency that helps withstand a crisis. While much has changed in the best practices of crisis management, particularly in light of the 24/7 news cycle and the rise of social media platforms as both conversation starters and media sources, the concept of building a goodwill bank still holds up. That concept includes building amity with members of the media before you find yourself in a defensive situation.

Fundamentally, building a goodwill bank begins with building relationships. And you need to build those relationships in advance, outside of a news cycle. Just like any personal relationship, if it's one sided—wherein one party is always asking for something, but never giving anything in return—that media relationship won't be a healthy one.

At PR News' Crisis Management Workshop on Oct. 19 in New York City, I'll be giving a comprehensive look into how communicators can build relationships with the media before, during and after a crisis. In anticipation of the workshop, here are five ways you can build goodwill with the media every day, and build your best possible goodwill bank.

Diversify the relationships beyond the PR team

We trust people, not companies. It's important for reporters who cover your industry to know multiple people in your organization, beyond just the PR team and the CEO. Think about people you might want to call upon in a crisis—a chief scientific officer in a pharmaceutical company; a head of operations in a manufacturing organization. Train them and expose them to working with the media before they are holding down the fort in the face of a crisis, and let reporters get to know all of your key leaders as people, not just talking heads.

Think about media broadly and expand your relationship set. It isn’t always your industry beat reporter that will cover a breaking news event, especially because many of today's news outlets are structured so that reporters are covering multiple beats. Issues impacting your company could be covered by a workplace reporter, a legal reporter, a marketing editor or even a general assignment reporter.

Be a resource, even if you aren’t interested in the story

One of the best ways to move beyond transactional media relations ("Will you cover my news?" "Can I have an interview?") is to be a resource to reporters for stories that are not about your company. Invest the time to help educate a new reporter covering your industry on key issues, regulatory processes, and “who’s who” in the industry. Be available to talk to them about stories that don’t feature your company, either on the record (when appropriate) or on background.

Deliver and own your bad news

Bad news happens. Own up to it, and whenever possible, deliver your own bad news as quickly as possible. When you have a track record of doing so, it will translate into credibility when a really big issue breaks. Even if you can’t offer an on-the-record spokesperson, don’t dodge the media. Be aware of optics, too. If you know you have a big issue breaking tomorrow, don’t have lunch with a key reporter today if you can’t share any “heads up” information.

Today’s cub reporter is tomorrow’s editor. Your trade publications and hometown news outlets can set the tone for national media coverage. Frequently you will see small-town journalists getting national exposure (and a big boost in career trajectory) while covering a major news event. If you haven’t treated them as important before a crisis hits, they will remember that during the crisis.

Carreen Winters is the executive vice president, corporate communications at MWW Group. You can find her on Twitter at @carreenwl.