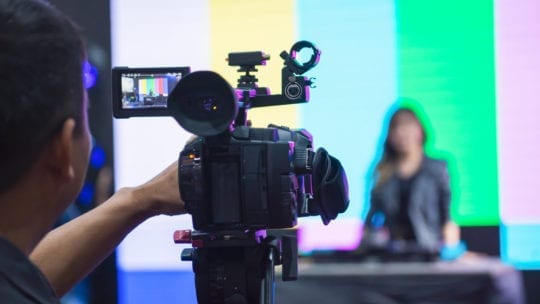 We've all seen a powerful video that makes us laugh, cry or take action. But communicators must be able to craft video content that is both compelling and likely to drive business results—a common requirement of senior leaders before they approve a video's budget.

"There's a lot of work that needs to be done before you hit the 'record' button in order to create a video that reaches your audience," said Suhki Sahni, director of communications and consumer PR at Capital One.

PR News hosts its Video Workshop next Friday, March 15, at D.C.'s historic National Press Club. Ahead of the workshop, here are three tips for communicators to keep in mind before shooting video.

In planning meetings, point to favorable outcomes over viral potential. "Just because you get millions of views doesn't mean your video was successful," said Chris White, managing editor of content strategy at Capital One. "A video with one-hundred views might drive more sales leads than a video with thousands of views."

Determine the type of content to suit the story—and audience expectations. "We're all storytellers at the end of the day," said Sahni. And in choosing between short-form and long-form video, Sahni advised considering which format serves the story best—and where that video will live, whether it's on a social channel or company website.

White urged communicators to research the formats audiences are used to seeing on a given channel, and to make sure videos match that channel's popular formats.

Decide if your brand is the message or just a part of it. Sahni believes there are two ways to create video from a brand perspective: Either the brand is central to the story, or it takes a backseat. It's important, Sahni said, to position the brand as a part of the story (a vehicle, a tool, a common thread), rather than making it the star of the video.