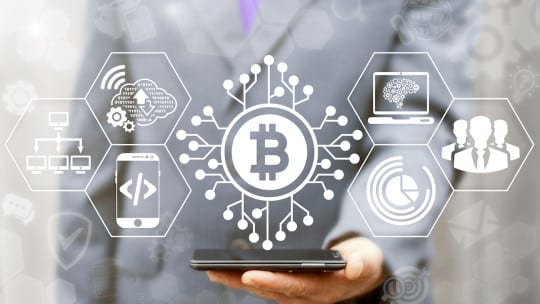 For those unfamiliar, blockchain is the underlying technology of bitcoin and cryptocurrencies that enables open, anonymous and secure transactions. As traditional businesses and enterprises were introduced to blockchain, however, their visions for application have ranged far and wide—as has the hyperbole of its promise.

Now, before we go any further, I have to get something out of way: Blockchain is not a cure-all. It will not revolutionize every facet of human life.

Now that that’s covered, let’s focus on how the hype came to be and how communicators should really be talking about it.

The Hype Machine Takes Over

In 2015, bitcoin and blockchain were saddled with a nefarious, dark-web reputation that required campaigns to educate B2B stakeholders.

Once institutions became comfortable with the idea of blockchains, however, it became nearly impossible to escape the hype and even harder to stick to facts, as statements of speculative grandeur dominated headlines.

This posed a challenge for communicators working for start-ups and smaller companies that couldn’t rely on a buzzy statement from a brand to stand out. Their messages needed to focus on an industry evolution to resonate with audiences.

To overcome this, we carved out narratives for clients that focused on evergreen, thematic issues, like competing motivations for embracing blockchain. We focused on the juxtaposition of a startup's devout belief in their technical superiority versus an incumbent company's desire for an image boost.

By highlighting this growing rift, clients stood out in a crowded ecosystem of press releases announcing business partnerships, flimsy proofs-of-concept and investment rounds. They were able to establish compelling perspectives on the tangible opportunities, challenges and threats of blockchain, instead of long-tail promises.

As the breadth of knowledge expanded, substance became even more important. For clients with reputations as straight talkers, there were plenty of opportunities to solidify media relationships. The scrutiny of journalists began to mirror developers’ analysis of Github code commits and questions evolved to a level befitting a discerning CTO:

Notice the common thread. Having a press release with big names and buzzwords is meaningless without the context of how it impacts a real-world process, business or industry.

Getting Up to Speed

One of our clients recommends locking yourself in a room, turning off your phone and spending a day studying everything you can about blockchain. While this will certainly give you a strong foundational glossary for an initial “smell test” of news, asking questions is the key to piecing together the puzzle.

Ironically, for a technology positioned to reduce the need for human intervention, blockchain is more deeply intertwined with personalities and people than almost any technology I can think of.

If you don’t believe me, take a look at, or listen to, the colorful band of characters—occasionally caricatures—available on Twitter, Medium, Reddit and in-person events. Listening to the community’s stories of successes and failures that date back long before PR firms were engaged will help articulate progress and contextualize your news.

Understanding these concepts, where they come from and where they’re going is key to effectively communicating to audiences of varied levels of expertise. By avoiding hyperbole and acting like a journalist, you’ll be able to substantiate the newsworthiness of company developments and not get lost in the noise.