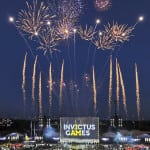 Prince Harry launched the international Invictus Games for service men and women to harnesses the power of sports to inspire recovery and support rehabilitation. The Invictus Games are the only international event of its kind involving nearly 500 service members across 14 countries competing in 10 adaptive sporting events. They showcase the spirit and determination of men and women in uniform.

Invictus Games Orlando 2016 marked the second international event and the first time the Games would be hosted in the United States. To quickly build momentum, Hill+Knowlton Strategies identified the need to create its own news cycles in order to engage media and the public. This included an Invictus Games Flag Tour that traveled the country before arriving in Orlando, announcements of sponsors and celebrity endorsers and game participants like First Lady Michelle Obama.

The team produced 32 features on competitors, ambassadors, fans and caregivers to tell the Invictus story from many perspectives. They also developed 31 sport match reports to show that adaptive sports have just as much competitive grit, excitement and athleticism. Real-time event results were posted online—and engaged and reached more than 6 million fans with compelling social content.

The coverage earned and stories told pave the way for the Invictus Games Toronto 2017. From a roundtable of competitors on ESPN Sportscenter to a TIME magazine image gallery to a trending “Twitter Moment” during the Opening Ceremony, the Hill+Knowlton team achieved its goal of widespread awareness. They raised broad-based awareness and engagement, reaching an audience of more than 2 billion. Awareness included over 400 news stories, more than 1.7 million views of 16 developed videos, 4.41 million Twitter impressions and 5.5 million Facebook impressions.