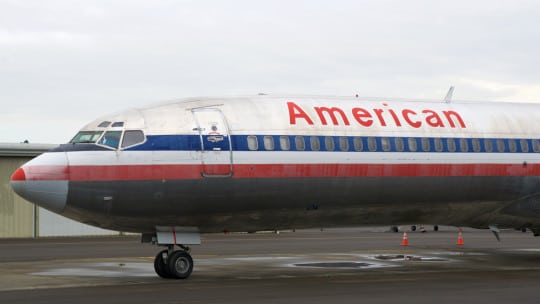 American Airlines was determined not to drag a passenger down the aisle and cite policy afterward, like United Airlines did.

Two weeks after United's reputation, and stock price, took a hit after airline security forcibly removed Dr. David Dao from a flight, it was American's turn to deal with a passenger crisis. On April 21, a young mother was reduced to tears during an argument with flight attendants on American Airlines Flight 591 from San Francisco to Dallas/Fort Worth.

The incident—which included a fellow passenger nearly getting into a physical altercation with an attendant—was captured on video and quickly went viral Friday night. But unlike United’s response to its crisis, American quickly apologized, suspended the attendant in question and, notably, didn’t blame the victim.

In a statement, the airline quickly apologized and said the attendant had been suspended.

“We have seen the video and have already started an investigation to obtain the facts…We are deeply sorry for the pain we have caused this passenger and her family and to any other customers affected by the incident...After electing to take another flight, we are taking special care of her and her family and upgrading them to first class for the remainder of their international trip…The American team member has been removed from duty while we immediately investigate this incident.”

While the United and American incidents offer contrasting case studies in what to do after a crisis, there is one thing they have in common: Thomas Demetrio, the lawyer representing the United passenger dragged off his flight, is now representing the mother in the video, who has not yet been named.