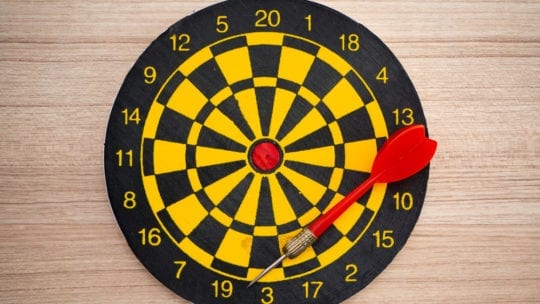 We’ve all experienced it at some time or another. Your pocket feels heavy with cash, so you go online to look at that pricey shirt you’ve been eyeing, then think better of it and move on to check your email. That evening, while searching for a restaurant near you, you see an ad for the shirt you looked at a few hours earlier. For days, or even weeks, it seems you receive ads for that shirt nearly every time you browse the internet.

Or perhaps you need a mattress. After comparing brands on various sites, you buy a mattress online, only to find brands still chasing you with ads for their mattress. You may even receive ads for the mattress you bought.

Welcome to targeted advertising. “Millions of us have experienced this,” says Zach Rodgers, executive editor of AdExchanger. The mattress example is bad form on many levels, he says. Advertisers are spending money on someone who’s no longer a viable target. “You’re probably not going to be buying more than one mattress in a year. Right?”

An awful example is one that Washington Post video editor Gillian Brockell wrote about Dec. 12 in the form of an open letter to tech companies. Describing herself as “your ideal 'engaged' user,” Brockell begins by recounting how she shared her pregnancy on Instagram. “I just couldn’t resist those Instagram hashtags — #30weekspregnant, #babybump,” she writes. “And, silly me! I even clicked once or twice on the maternity-wear ads Facebook served up.”

Sadly, Brockell’s baby was stillborn. Some 24,000 births in the U.S. every year are, she notes in her letter. “…[Let] me tell you,” she writes, “what social media is like when you finally come home from the hospital with the emptiest arms in the world, after you and your husband have spent days sobbing in bed…it’s exactly, crushingly, the same as it was when your baby was still alive.”

In other words, the grieving Brockell continues to receive ads targeted to expecting and new mothers. Understandably, the ads compound her grief.

"This is the worst-case scenario” for Brockell and the advertisers’ PR, Rogers says. “This woman is not an outlier...there are many women like her.” Advertisers, he adds, want “to correct this" type of thing. "It should be a major wakeup call” for them. “This is an issue that applies not just to pregnancies…ads are served to many people in other sectors long after they should be.”

In her article, Brockell aims her displeasure not so much at baby brands as tech brands. It might be better aimed at advertisers, particularly those who buy digital ads using software as opposed to human ad buyers. This practice is known as programmatic.

A chief complaint of Brockell's is that she and “millions of brokenhearted people helpfully click 'I don’t want to see this ad,' and then click 'because it’s not relevant to me'…but…your algorithm decides [I’ve] given birth, assumes a happy result, and deluges [me] with ads for the best nursing bras…[and] DVDs about getting your baby to sleep through the night (I would give anything to have heard him cry at all).”

See Me and React

She also notes that tech companies should be able to see that her friends have sent dozens of messages of sympathy on social. After having seen these messages, advertising technology should remove Brockell from the target audience segment of new mothers.

The ability exists for tech companies and advertisers to pick up on such clues in real time and adjust targeting, but the machine learning and artificial intelligence may not be there yet, says Lynne D. Johnson, senior editor at Ad Monsters. She’s hopeful this will happen eventually.

Michael Priem, founder/CEO of Modern Impact, an ad tech firm, says, "The technology exists, and there are a few really good ones, such as GumGum, offering safety tech that can teach machines how to learn faster and better, and then act based on the data." The problem, Priem says, comes down to "the available data and the tech...applied to it. Automation needs to be customized to turn off certain campaigns based on specified variables." In Ms. Brockell's case, "machine learning would have identified the [sympathy] comments and data on her social media and applied it to the algorithm."

If the technology exists, why isn't it being used? "It really comes down to budget," he says. "The cost to develop these technologies trickles down to the client/advertiser."

What Can Brands Do?

Consumers can block ads, of course, though this puts the burden on them, not brands.  “Beyond ad blockers and tracker blockers and opting out of tracking on web browsers and mobile and opting out of location services, there’s also opting out of interest-based and personalized ads,” Johnson says. Brockell indicates she opted out of ads featuring maternity products, yet still receives a lot of them.

Facebook and Google have options that allow users to “tailor their advertising experience,” Johnson adds. Both platforms admit their blocking mechanisms are imperfect, which might explain why Brockell still gets unwanted ads.

Johnson also mentions Brave Browser, “which blocks tracking and ads natively,” and the TAP Network, among others, “that are in the business of working with advertisers to ask users if they want to hear from them.” These blockchain solutions are in their “early days,” she notes.

There’s also hope that as advertising, marketing and PR continue to merge, advertisers will work closer with PR pros, whose top priority is protecting the brand. It stands to reason communicators would push for brands to be more mindful of consumers such as Ms. Brockell.

And clearly communicators must be ready with messages of apology to consumers such as Brockell. The difficult part, of course, is making sure Brockell and those like her receive those messages promptly.

Another source of relief for Brockell eventually might be legal and regulatory action. “Part of the European Union’s GDPR law and the California Consumer Privacy Act is the right to be forgotten, which would probably solve this,” says Gavin Dunaway editorial director of Ad Monsters. “This situation is a clear case of why those regulations exist.”