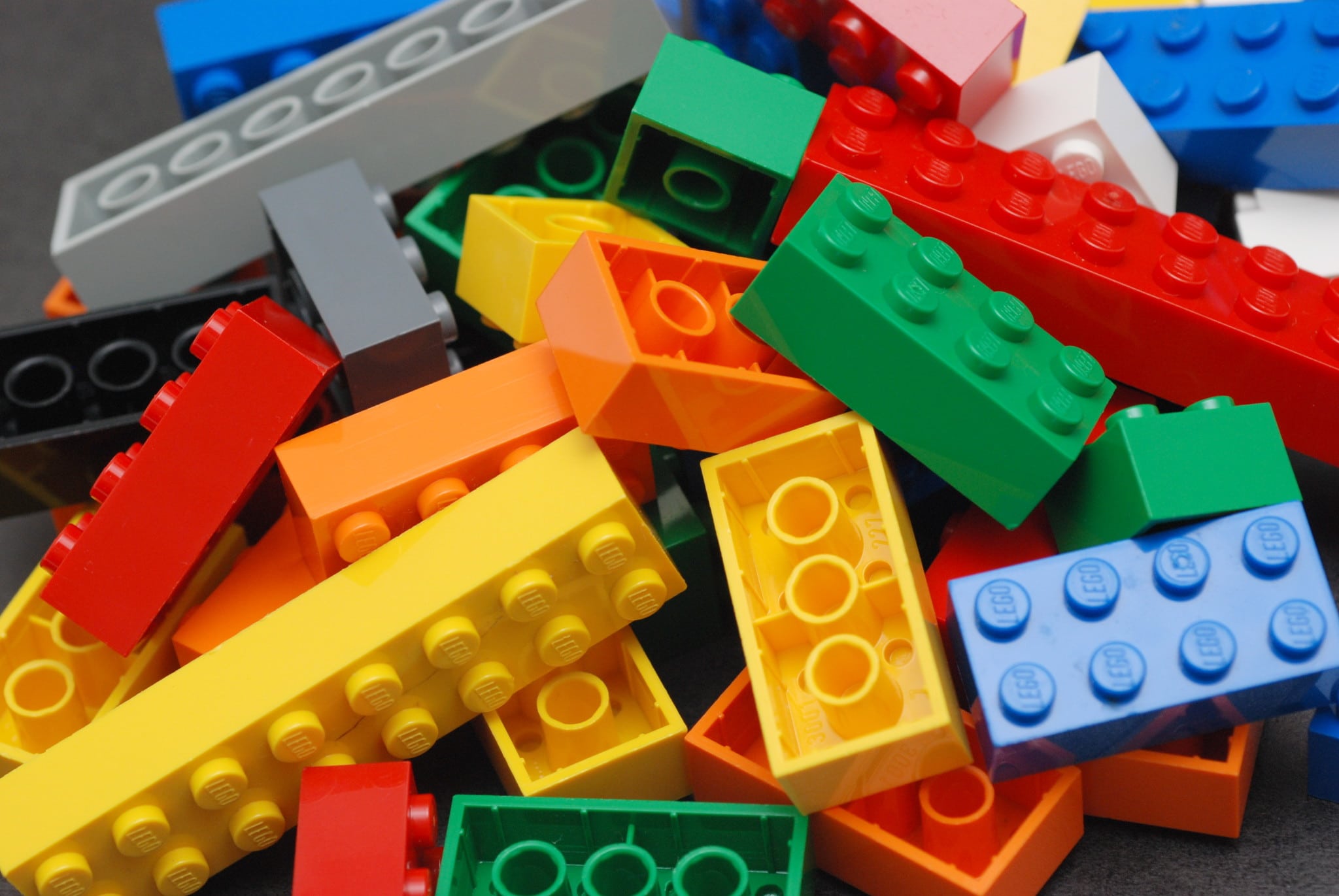 Even though everyone wants to know about the next big thing in social media, Lego Group's social studios head, James Gregson, emphasized basics during his Social Shake-Up day 2 keynote today (Sept. 23).

"The fundamentals of social haven't changed," Gregson said several times as he revealed how he and his team built Lego's channels into admired assets.

You still have to listen to audiences and channels and provide "the kind of content they respond to and want and engage with," he said. In addition, he emphasized the importance of data and previous performance to inform your work. "It’s so easy to lean on your gut, but social is unique, so you don’t have to do that," Gregson argued.

Among the strengths of Gregson's 30-minute presentation were his slides. They were cleverly designed and, no surprise, loaded with graphics executed in Lego blocks.

One of his slides, though, was especially memorable. It showed a mass of people, of different ages, on the floor playing with Lego toys. "This is social," Gregson said of the visual.

On the one hand, social has so much potential, "it's free" and "the potential audience" is there. But, social also has become "the dumping ground for all things marketing communication."

This led to Gregson using current events and common perceptions of social to extend his emphasis on the importance of basics to social media content.

"Now we're in 2020. What a year," he said, noting the disruption of COVID-19, protests, the upcoming election and the death of Kobe Bryant.

In addition, he said, "Organic reach is dead," Instagram's algorithm change is devastating and Facebook has lost 15 million users in 2 years. So, he concluded, partly in jest, "It's tough times for social, right?"

Well, not really. Stick to the basics. Paid media is not the only way to generate reach. "We believe relevancy is another option. It sounds simple, but it’s been effective for us." A test of good content, Gregson said, is if you'd share it on your [personal] social platform. He proceeded to demonstrate.

Last November, Elon Musk had an unfortunate experience with a couple of metal balls and bullet-proof glass. The Lego team noticed a spike in social conversations around it (227,000 tweets in 24 hours).

In "roughly 3 hours we ideated...shot the photo" in-house and tweeted the below, Gregson said. "It cost us zero dollars."

The evolution of the truck is here. Guaranteed shatterproof 😬 pic.twitter.com/RocTEkzzwI

"This was not revolutionary, but it was fun and creative," Gregson said, and data informed it. As you see, the post has 28.2K retweets and 104K Likes. "It shows hyper-relevancy and reactivity are still an opportunity for brands." As Gregson said, the elements and basics of social have not changed.

We also loved the brand's take on #NationalCoffeeDay.

The best part of waking up on #NationalCoffeeDay is finding LEGO bricks in your cup! 📹: @ProsBrick ☕️ pic.twitter.com/wyfF8vabp7

For details about the axiom "audience, attention and platform," and how Lego responded to the pandemic and handles the goldfish effect, catch Gregson's presentation on-demand.