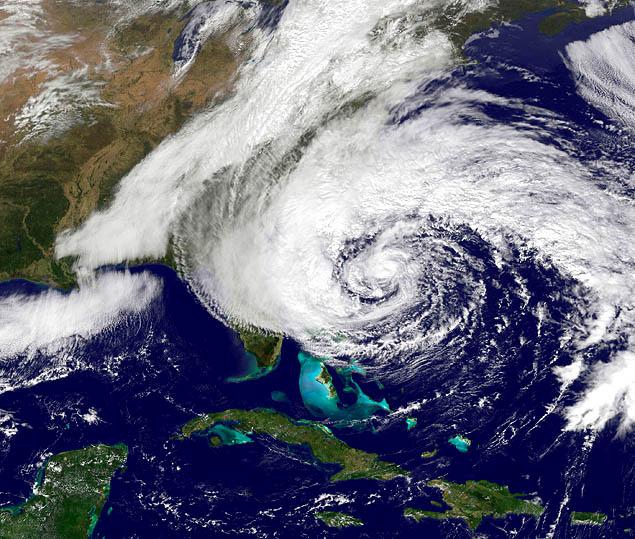 Fortunately, Hurricane Isaias failed to do as much damage as predicted. Downgraded to a tropical storm Tuesday, it still claimed at least 8 lives and has left some 4 million Americans without power today along the East Coast. The Category 1 hurricane made landfall Monday night near Ocean Isle Beach, N.C.. It missed Florida. Still, with winds of 65 mph, it did a number on several states, including New York and New Jersey. As of 5 a.m. ET today, it was a tropical cyclone en route to Canada with winds at 40 mph. It is expected to dissipate over Canada tomorrow.

Isaias could not have come at a worse time for communicators. News about the pandemic and the elections are overwhelming Americans. The volume and speed of news are major annoyances, a Gallup/Knight study released yesterday said. The mix of news and non-news online, including social media, is the most cited reason (72 percent) for the overload. The study of 20,000 Americans says one result is that nearly 20 percent of people no longer pay attention to the news.

Still, plenty of people follow news on social media. That's why several government departments, federal and state, communicated Isaias news, almost constantly, via social, during the weekend and continuing through today. The National Hurricane Center post below is particularly useful

Some of the most important aspects of bad weather communication include convincing people to take shelter. Since several spots in the country are prone to storms, some residents are veteran storm survivors. It's hard to convince them to take shelter.

The post below shows how official info combined with a private citizen's insight can alert people to know what's coming. Mike Seidel, the longtime Weather Channel meteorologist, also was on duty throughout the weekend, providing input for viewers (see below post).

Few but avid weather watchers take advantage of the country's impressive satellite fleet maintained by the National Oceanic and Atmospheric Administration (NOAA). The unit, which owing to a bureaucratic quirk, is under the purview of the Commerce Department, and maintains a terrific Twitter feed. When bad weather is on the horizon, there are few better information sources. Look at the post below, which shows Isaias progressing up from the Atlantic.

Here we can see the evolution of #Isaias via #GOESEast as it traveled up from the Atlantic, through the Caribbean Sea, and made landfall as a Category-1 #hurricane late Monday night near Ocean Isle Beach, N.C.

A more accessible look at NOAA satellite data is available from the feed its public affairs office maintains. Notice how the post informs visitors to get more updates from the National Hurricane Center's site.

TROPICAL UPDATE: @NOAA's #GOES16🛰️ is warily watching #TropicalStormIsaias as it tracks along the Eastern Seaboard this evening. #Isaias is expected to strengthen to a #hurricane before landfall later tonight. Get the latest updates and warnings here: https://t.co/VTAp4gGkHs pic.twitter.com/A78Y0BFHg7

Lord knows, it’s not pleasant to lack power. Yet knowing that those who can help are aware of your situation is slightly more comforting. Props to WeatherChannel.com for spreading the word with the below post.

NEW: More than 1,000,000 customers are without power due to #Isaias. pic.twitter.com/L5f7XMMdKa

The office of Gov. Phil Murphy of New Jersey gets special props for conducting a master class in effective social media communication during Isaias. His almost non-stop retweets and tweets provided a bevy of useful information from New Jersey departments, such as the New Jersey Department of Transportation and Department of Health. The governor's briefing also streamed live online, ensuring those without power could watch the session via mobile.

Tropical Storm Isaias is bringing heavy rainfall, high winds and flooding throughout the state. Stay safe, and if you don’t have to be out today, stay home. #TropicalStormIsaias #TurnAroundDontDrown #NJDOT pic.twitter.com/9JscPpxmbr

Some of these outages may last for a few days due to the severity of the storm. We are working closely with the utilities to restore power as quickly and safely as possible. pic.twitter.com/cEJUxxmc3w

Are you prepared for a power outage? Follow these food safety tips:

🔘Keep refrigerator ,freezer doors closed as much as possible

Reminder: If you see a downed wire, or a downed tree that has taken a power line with it, do not attempt to either drive or climb over it.

Stay clear, and leave it to the professionals.

And a large bravo to volunteer groups like Crisis Cleanup, which posted quickly that its members were ready to help. Importantly, many of the institutions also offered their information in Spanish.

On Thurs Aug 6, 2020, the Home Cleanup Hotline will be open to support survivors of #HurricaneIsaias. We anticipate that most volunteer groups will work through Fri, Aug 28, 2020. Survivors needing help can call 844-965-1386. #HurricaneSeason #Hurricane #Isaias #CrisisCleanup

As my former colleague and hurricane veteran Justin Joffe wrote last year, "Clear, timely communications does not always pertain to PR and marketing—sometimes accurate communications can be a matter of life or death. Social networks can be about far more than paid initiatives and chicken sandwich feuds—when used properly, they can also help bring people together and get those in peril the help they need."

Indeed, these government departments have plenty of work ahead. 2020 will be a highly active storm season. Predictions are for 10 more storms.