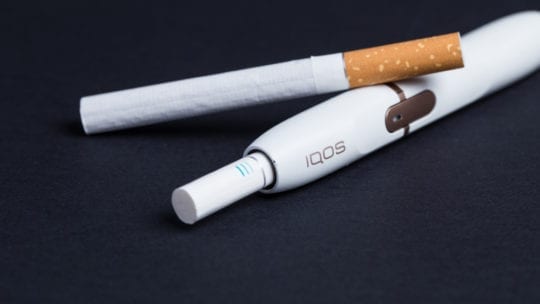 There are many reasons why people and brands do things they know are questionable, if not downright illegal. Perhaps it’s the pressure of meeting financial targets, as Wells Fargo’s creation of bogus credit card accounts proved.

Maybe it was the allure of fame and fortune that guided Elizabeth Holmes in 2013 to found Theranos, a company that promised to disrupt the healthcare market. Edison, a small black box, was the disruptor. Inside was technology Holmes and COO Sunny Balwani claimed could inexpensively and quickly conduct 200+ tests using a pinprick of blood. Holmes hawked this miracle box to investors, who gave her millions. The box never worked and Theranos collapsed. Holmes and Balwani were charged with several counts of fraud and conspiracy.

It’s interesting to speculate about why brands and people commit questionable acts. On the other hand, there's little doubt that when a company or person says one thing and seems to do another, it makes for bad PR.

Reuters noted that PMI's marketing policy prohibits it from employing people younger than 25, or who look younger than 25, in ads for its products. One of the posts Reuters sent PMI shows Alina Tapilina, a Russian model, aged 21, endorsing IQOS on Instagram. It's a sponsored post.

Would PMI have halted its effort had Reuters not questioned its posts? Perhaps. Questions remain, though, particularly given what PMI is trying to do with its image.

During the U.S. Food and Drug Administration's (FDA) two-year review of IQOS, PMI said it would discourage youth from using the product. IQOS products are said to release 30 percent less Nicotine than traditional cigarettes. The FDA approved IQOS sales in late April, though it pledged to monitor PMI's marketing.

PMI's responses made the best of a bad situation Friday. "We were deeply disappointed to discover this breach and are grateful that it was brought to our attention," it said. We'll take PMI at its word. Issuing the response on a Friday evening, though, makes it appear that PMI wanted to hide it.

The company also said it's launched an investigation. Good. We look forward to the findings. One question: We heard repeatedly during The Social Shake-Up last week that companies scrutinize influencers heavily. How could this sort of muck-up occur?

This question has added relevance since PMI seems to be relying heavily on IQOS for its future. Usage in Europe and Japan is strong. That trend could eventually take hold in the U.S. PMI CEO Andre Calantzopoulos said last month IQOS had reached the 10 million user mark during the first quarter. He touted a "strong share growth from our smoke-free products, notably in Japan, Russia, and across the [European Union]."

The suspension of the social media campaign, it said, is "concrete proof" of its "conviction to achieve a smoke-free world through socially responsible practices." Yes, PMI, a nearly 200-year-old tobacco company, says it's working toward a smoke-free world.

In any case, it's a bad look for a company to disregard its marketing rules. It's even worse when the rules are part of an effort to re-make the company's image as one that's highly moral. As noted above, PMI wants to appear that it's discouraging teen smoking. As such, the optics are bad when a media organization catches a company using cool, good-looking and young influencers as marketing bait.

It's even worse when it occurs during the "Year of Unsmoke," an effort to raise awareness of PMI's push toward "smoke-free alternatives." You could argue that PMI should have known better as it has seen a similar story elsewhere in its industry. The country's largest tobacco company, Altria, owns 35 percent of JUUL.  Last year critics smacked JUUL for its youth-oriented social media marketing. The company eventually pledged to halt such marketing on social media, save its Twitter presence. It also stopped retail sales of its four flavored vape pods in 90,000+ retail stores. Though PMI and Altria are separate entities and trade under different symbols on the stock market, Altria is the parent of Philip Morris USA.

It's going to take a lot of excellent PR to make the public believe that a tobacco company really wants a smokeless world. Getting caught on IQOS won't help. Also hurting is the fact that PMI continues to introduce cigarettes outside the U.S. Such actions provide more fodder for those who want to blast Philip Morris International.

An absolutist view holds that if PMI was committed to a smoke-less world it would halt cigarette sales worldwide.