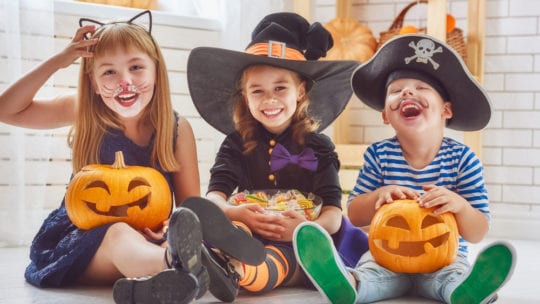 There are many ideas communicators can borrow from Halloween to mix a spooky potion and bewitch audiences. Oh, you think Halloween's just for kids? Americans are set to spend $9 billion on the holiday in 2019, including $3.2 billion for costumes, according to the National Retail Federation. Halloween is the one day of the year when droves of people go rambling into the night posed as anyone or anything they like. Your brand should join the fun.

While it might seem early to begin scaring up thoughts of October's last day, this really is just a ghostly exercise in prudent planning. Here are three ideas to help bring your brand strategy back from the skeleton in your colleague's cube.

Halloween is a perfect event to tap into the creativity that only influencers bring to the table. They’re the ones who always have their buckets full of king-sized candy bars. But be cautious when your brand starts to work with influencers; avoid those who gallop like a headless horseman or mope about in a mindless, zombie-like state. It’s a good bet that they lack clarity and probably are unsure of your brand’s strategies and goals.

On the other hand, influencers can add color to your cheeks with their killer humor, cute-factor, holiday backdrops, and the ability to create posts about products (or hashtag campaigns) in a way that organically fits for Halloween. Last year Chipotle offered$4 entrees to those in costume on Halloween from 3pm until close. Booritos anyone?  Think influencers aren't interested in your brand? Nowadays, there is an influencer for everything, even pumpkins.

It’s clear that this holiday gives brands an opportunity to stand out through use of influencers. But before you take another step into the secluded room that every horror movie fan knows danger lurks, ask if the influencers in your midst correlate to members of your target audience. If not, research where your target audience lives online, and always keep this in mind when working with influencers.

Halloween is a perfect time to maximize your creative writing skills. You don’t need to be a yearbook editor or newspaper columnist to grab a reporter’s attention or increase engagement on your brand’s Instagram account. From a media perspective, stories around calendar events and holidays like Halloween remain interesting and newsworthy each year.

When you’re contemplating a holiday pitch, take a moment to reflect on the headline. Can it be shortened? Is it urgent, unique, and useful to your audience? Could it have a holiday twist? Will it disrupt your reporter’s inbox, or command the target audience to engage through more comments and shares? Use the season of fear to story-mine for an attention-grabbing headline that will have your audience reeling with delight.

As David Ogilvy said, “On average, 5 times as many people read the headline as read the body copy. When you have written your headline, you have spent 80 cents out of your dollar.”

Dressing as a meme for Halloween can be fun. When a brand becomes a popular Halloween costume, that’s a sure sign it has made it. In the past, Progressive has encouraged fans to dress like Flo, State Farm has deployed its khakis with Jake stunt, and Dr. Pepper shouted from the stands with college vendor mascot Larry Culpepper. What could be better than having a legion of Flos, Jakes, and Larrys walking around as brand ambassadors?

On the other side, Urban Outfitters wanted customers to dress like influencers on Halloween. For $24, reduced from $59, the costume it sold last year consisted of a sports bra and leggings; the user needs to provide a black baseball cap and sunglasses.

The campaign was a ridiculous, and clever, bit of risky business strategy. It also provoked a question, “Is this how our generation wants to be perceived?” Urban Outfitters understands its target audience’s desire to become Insta-Famous. It was easy to go forward with this uncomplicated costume promo.

Each of these campaigns pandered to its target audience. That was the secret sauce. People crave Halloween so they can be anyone and anything. Indulge them, even if your brand doesn’t have an on-screen personality to generate marketing buzz. Social media giants like Facebook and Instagram (even dating apps such as Tinder) are essentially lifeless. Yet audiences will embody a brand at Halloween if it’s a trendy topic of the season.

Soon enough people will tell you they'll be dressing up as the Twitter bird. A Facebook homepage? Emojis? And watch out for projectile rainbows from that one person dressed as your favorite Snapchat filter.

David Wolpert is a director at LDWW.  Follow him at: @dfwolpert