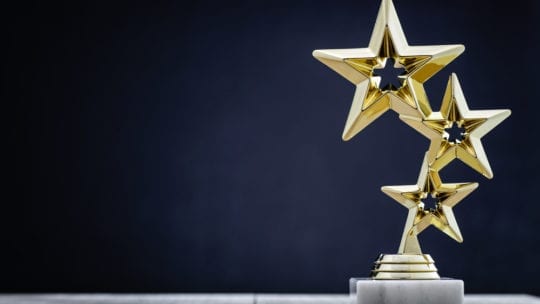 Every year for the past several, PR News’ CSR & Nonprofit awards luncheon produces more than a few emotional moments. Arguably, Friday’s touchstone occurred toward the festivities’ end. That’s when Rob Densen, CEO of Tiller, added a brief prelude to his acceptance speech upon receiving an Agency CSR A-List award.

Earlier, during the keynote speech, 9/11 Day co-founder Jay Winuk described the 9/11 of his brother Glenn Winuk, who worked as a lawyer a few blocks from the World Trade Center.

Glenn ushered his colleagues out of their building shortly after the Towers were hit. He then grabbed his equipment bag. A volunteer firefighter and a certified Emergency Medical Technician, Glenn raced toward the burning towers.

Before making brief remarks, Densen turned to where Jay Winuk was seated during the awards luncheon. “I want to thank you, Jay, and your brother and all the other first responders for what they did that day…I was racing down the stairs of the North Tower as fast as my 48-year-old legs could take me as the first responders…maybe your brother, were running up the stairs.”

Densen said he looked in the first responders’ eyes. “I made sure to do it…I could tell they didn’t expect to come out.”

Glenn Winuk’s remains were recovered some two years after 9/11. Surgical gloves covered his hands; his stethoscope was nearby.

Densen’s shout-out to service summed up the day well. Using PR to do good was the dominant theme during the luncheon at Washington's historic National Press Club. CSR efforts touched many PR pros. Among the notable examples was Aflac communication manager Darcy Brito, who spoke emotionally about “My Special Aflac Duck” during an acceptance speech for a CSR honor. Aflac’s goal is to get the cuddly duck into the hands of every child undergoing cancer treatment. Cancer is found in some 16,000 children annually. “We’re trying to make an impact with those special children who are trying to stay on Earth just a little longer,” she said.

Congratulations to my amazing Director, @IcemaGibbs, on being recognized as Corporate Professional of the Year at the @PRNews Awards for CSR & Nonprofits!!! You’re an inspiration to all of us @JetBlue @HelloJetBlue ???? pic.twitter.com/n5OG1yj5Qc

Another memorable moment came from Elizabeth Davis, World Wildlife Fund specialist, media & external affairs, who helped create the World Wildlife Foundation’s 2018 “Living Planet Report.” She spoke during an acceptance speech for a Nonprofit Award the report received. “We’ve lost 60 percent of wildlife on planet Earth in the last 40 years,” she said. It was gratifying to be able to place the Report’s message in 48 states and nearly every major media market, Davis added. She also touted the role of influencers, such as Leonardo DiCaprio, Pamela Anderson and M.C. Hammer.

Our thanks to @PRNews for including #ConnectedNation in this year's Nonprofit Awards. We were a finalist in the branding/re-branding category. Here's who won: https://t.co/z6uv0zPFSV pic.twitter.com/wQfEoUAbmy

There was plenty of good PR advice, too. Several honorees mentioned how important it is to have the support of the C-suite to achieve CSR results. A representative of AbbVie, the global pharma company that took home a CSR award for its "Seeking a New Generation of Scientists," stressed the importance of adapting volunteer opportunities for employees in multiple countries. This goes well beyond translating CSR programs into the mother tongue.

Linda Descano, EVP, Havas PR, during an acceptance speech for Havas’ work on the "Global Climate Action Summit 2018," urged communicators to extend CSR campaigns to multiple stakeholders. In the global climate effort this allows “all stakeholders to feel that they have a role to play” in protecting the environment, she said.

Holly Copeland, director of CSR and public affairs at Horizon Pharma, challenged attendees at small and medium-size companies. “The medium of video…can travel” and take your message far beyond what you can imagine, she said. “We were thinking of waiting” on CSR until “we became larger…Jump in now…don’t wait to grow!”

[Profiles of the 2019 Nonprofit and CSR honorees can be found here.]