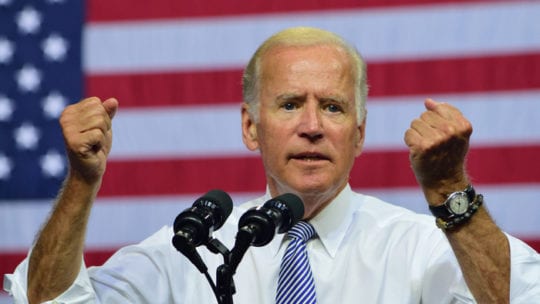 Mounting a presidential campaign is an expensive endeavor. Mike Bloomberg spent $200+ million on advertising and millions more on staff, travel and events. Could his millions convince voters?

Joe Biden entered the presidential race as the frontrunner. As a former vice president of the United States, he enjoyed tremendous name recognition and assured media coverage. Despite these advantages, incidents dogged him, and he faltered badly in the early primaries.

On the eve of the South Carolina primary, Biden's campaign was running short of money and momentum. Similarly, it had little or no infrastructure in many Super Tuesday states. The campaign had little choice but to turn to earned media, social media and old-fashioned retail politics. Rep. Jim Clyburn's endorsement was a major part of this effort.

The communications team worked on messaging that showed momentum and strength – announcing overnight fundraising numbers and endorsements in Super Tuesday states from elected officials. In addition, the team focussed on Biden's speeches and how that message was being relayed on digital platforms, fundraising appeals and in the press. The team created visuals that conveyed a message if someone was looking only at a picture or a short video clip.

The Biden campaign also deployed surrogates to speak on the candidate's behalf to the media in Super Tuesday states. That garnered news coverage and social media buzz.

In addition, the campaign pitched media after most polls closed. An example included the story of protestors interrupting Biden’s Super Tuesday victory speech. Dr. Jill Biden and a senior advisor to the campaign, Symone Sanders, tackled protestors who rushed the stage and became Internet heroes. This display of strong women may have resonated with some of the educated, suburban woman political parties seek to court. Tweets like those about Dr. Biden and Symone Sanders took seconds to compose and the costs were minimal.

I broke a nail. #SuperTuesday

Be strategic.  Sending a statement with a list of endorsements for Biden is fine, but it's not enough. How you announce anything matters. Think about visuals, timing and what your message says. Use every platform that your audience frequents, from blogs to Twitter and email.

Lean into social media conversations. Once Symone Sanders and Dr. Biden were trending, the campaign spotted an opportunity. It pitched the item instead of attempting to cover up the poor security. Even during the weekend, the Sunday talk shows mentioned the tackling incident. One show even noted that Symone Sanders had worked for Bernie Sanders, in 2016. The message nuanced that someone made the switch to Biden, which was something voters were contemplating.

Turn lemons into lemonade. We’ve all been there - what if we could say this and not that; what if this person could do an interview even though we’ve been told numerous times they won’t; what if our research said this and not that? We can sit and stew over what we could do if everything was perfect or we can think about what we need to get out our message. Let go of the negative and embrace what you have.

The Biden camp likely had no choice but to deploy this earned and social media strategy. Working smart, with fewer resources, was its only option. Many PR pros can identify with this sentiment.

So, embrace earned media and social. After all, it’s usually better to have someone organically say something nice about you than to spend money to get attention and brag about yourself.

Laura Gross is president of  Scott Circle Communications and a former DNC communicator.