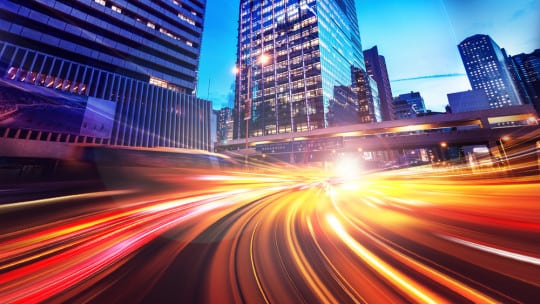 The life span of companies has changed drastically. In the 1950s, the life expectancy of a firm listed on the Standard & Poor’s (S&P) 500 Index averaged 60 years; today these companies tend to survive on average fewer than 20 years. The pressure to innovate and constantly re-invent yourself is immense. Particularly in the tech industry. This has implications for tech communicators.

But when is the best time to speak about your innovation? “Often, the best way to defend oneself in the world of ideas is to shape those ideas, to author them. To play offense,” says Margit Wennmachers, partner at Andreessen Horowitz. Agreed.

Communicate as early as possible, but not too early. The reason for this is:
1. You want to create awareness in the market and position yourself early against the competition.
2. You need to attract the right talent to be able to develop these innovations, but you won’t be able to hire people if they don’t know that you have put your flag in the ground.
3. Communication too early or too extensively can very easily kill innovation. Innovation takes time. The challenge is to sidestep the hype and communicate when you actually have something newsworthy. You need to sharpen your sixth sense for the best communications strategy and counsel the entrepreneurs and management, respectively. It doesn’t have to be a “no,” but maybe a “not yet.” Don’t jump on the hype wagon until you're ready.

Be bold and ready to take some risks

As we wrote above, companies, especially those well-established in the market, must constantly re-invent themselves and experiment with new business models to stay ahead. “The biggest risk is not taking any risk.” This is advice Peter Thiel once gave to Mark Zuckerberg, and it applies to communicating innovation: be bold and have the courage to take some risks, like an entrepreneur.

This advice also implies communicating something today that might be obsolete tomorrow. You don’t know at the beginning which invention will fly or whether a promising new business idea might go against your core business in the end.

Get leadership’s backing to communicate about these innovations nevertheless. Otherwise, you’ll never overcome the innovator’s dilemma. Leadership buy-in also provides a certain freedom to try novel communication methods, which is particularly relevant for creating credibility in markets where you lack a footprint.

Transparency and authenticity pay off

Transparency, especially when communicating agile development cycles and quick pivots, is critical. The road to success rarely is straight because inevitably things don’t work as expected. Let others participate in the process, be open and allow them to look behind the scenes. Share why you stopped a project and why things didn’t work as planned.  This creates credibility.

Another credibility trap is innovative topics can very easily become so attractive they get over-exaggerated. Suddenly, a technology has become the world’s savior, which probably is not the case. Working regularly with software engineers I can tell you they are your greatest friends here. Let the engineers validate your communication so it’s factually correct. Stay honest. In fact, let the people behind these innovations tell the story. Remember:

Innovations oftentimes result from new technological developments that can create novel responsibilities for companies. While this is not new, we see a different dimension with some technologies, such as Artificial Intelligence, which will have far-reaching implications for businesses and society. As a communicator, you’ll automatically get involved in the societal discourse, going beyond pure corporate or product communication. This is good and necessary.

Our job as communicators is to explain technology, how it works, and of course, how it will touch us. It’s about engaging truthfully and constructively in the public conversation and openly discussing what we should do with the things we are building (and, of course, what we shouldn’t do). So, take your corporate social responsibility seriously and refrain from writing jargon-filled puff pieces.

Overall, communication is an absolutely essential element in the innovation process – from defining the story you want to tell, to creating early market awareness and attracting talent. Taking into account these four learnings will help you create powerful innovation communication and play offense in authoring the ideas.