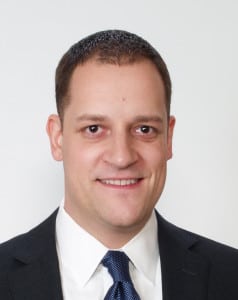 You’d never guess it by looking at the rapid-fire barrage of press releases coming out of the major news wire services each day, but pretty much every Chief Communications Officer wants to issue fewer press releases in 2016.

Why? They are painful to produce, expensive to distribute and often ineffective tools for driving engagement and generating news. Yet they persist as the stubborn pack mules of the communications industry because many people still don’t know there are alternatives.

The fact is press releases generally are good for announcing one-dimensional stories: a merger, an executive appointment, the grand opening of a location. A press release is fine for pretty much anything that can be satisfied with a basic who, what, when, where, how format. Should the message need to be more nuanced—for example, the launch of a highly technical product or complicated research findings—a press release is far from the ideal communications tool.

Few executives outside of the communications team know this. These executives have spent their careers looking at the press release as a sort of talisman of accomplishment. It is our job as communicators to inform them that they can get even more attention for their project by helping us create great narratives around their work rather than creating great press releases.

The key to getting busy executives on board with a press release-free approach is to give them viable alternatives they can grasp easily. After developing communications strategies for some of the world’s largest companies, we’ve learned a few lessons about what kinds of communications tools satisfy both the individual executive and broader communications goals. Here are a few of my favorites:

The Research Brief: Ideal for data- or research-heavy news, the research brief format consists of 2–3 total pages containing a handful of tables and graphs and a brief thesis and conclusion outlining an interesting observation. It should be developed with an eye toward garnering data citations.

The Insights Brief: A slight twist on the research brief concept, the insights brief is designed to house trend observations and industry perspectives that are less research/numbers-oriented and more rooted in expert analysis. It is designed to position an expert spokesperson for commentary.

Rapid Response: Designed to respond to breaking news, the rapid response is a quick dispatch of data or bullet points outlining an expert perspective on a developing story. Used primarily for “newsjacking,” the rapid response needs to be accompanied by an up-to-date press target list.

Op-Eds & Expert Commentaries: The tragic irony of the press release is that more and more press releases are being sent to fewer and fewer journalists. Editorial staffs are smaller and more time-pressed than in the past. If you have a great story to tell, consider doing so yourself in a sharp op-ed or insightful commentary piece.

The greatest Super Bowl ads— Apple 1984, the Budweiser Frogs, Volkswagen’s “The Force”—make you forget you’re being sold to. Even the best infomercials, by contrast, hit the viewer over the head with their intent to sell. The same is true with a press release. The mere fact that the information is housed in a press release makes it look inherently more promotional than if it were more seamlessly embedded into editorial content. By giving your management team better options, you will get better content.