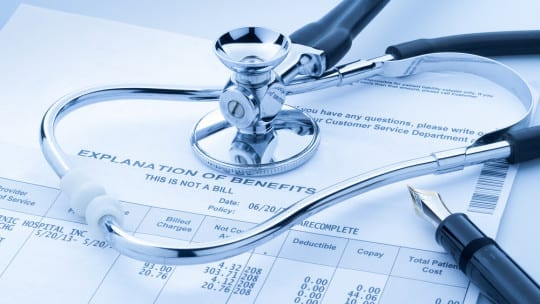 Every communicator’s job has its difficulties, but few seem to have more anxiety than healthcare communicators. That happens in a sector where lives are at stake regularly. It’s also an industry every American comes into contact with at one time or another, with nearly 20 percent of U.S. GDP spent on healthcare. On top of that, since healthcare is highly regulated, the messages of communicators face tremendous scrutiny, particularly social media communications.

The elephant in the room, of course, is healthcare's less-than-stellar reputation. While the ability of doctors and nurses to keep patients alive is outstanding, obtaining healthcare, paying for it and the way providers and insurers communicate with patients and each other often are cited as damaged.

Even communicators in healthcare admit this. While Kieran Fagan, VP, communications at AETNA, admires some healthcare communications, he says, “We know that we’re part of an overly complicated and broken system and could do a better job communicating with our members.” An example is the Explanation of Benefits statement members receive from health insurers. He calls it “indecipherable.”

Bill of the Month

The importance of healthcare’s ills are such that NPR and partner Kaiser Health News regularly devote a segment to one of them. It’s called Bill of the Month.

August’s Bill of the Month was arresting, pun definitely intended. It describes a 44-year-old high school teacher ostensibly in fine physical shape and with health insurance. In April 2017 the teacher, Drew Calver, suffered a heart attack. He was rushed to St. David’s Medical Center in Austin, Texas.

From his hospital bed Calver asked if his insurance would cover his expenses. Calver knew St. David’s was outside the school district’s insurance network. He was told yes, the hospital would accept his insurance, Calver tells NPR.

When the bill arrived, St. David's had charged Calver $164,941 for his surgery and four days in the hospital. Aetna, the school district's provider, paid $55,840. Calver was responsible for the difference, a bit more than $100,000. Forget, for the moment, the stress healthcare communicators face. Think about Calver's stress level.

Just days after NPR put Calver’s story on its airwaves and web sites last month, a strange thing occurred: the bill was reduced to $782.29.

Reimbursement is much more “of a wild west than consumers can possibly imagine,” veteran healthcare communicator Gil Bashe, who heads Finn Partners’ healthcare practice, tells us. As such, a bill-of-the-month story occurs “every day and minute,” he adds.

The root issue, Bashe believes, is “the gap between physician-billed and reimbursed costs is magical and hidden to most consumers.” Communications comes into play, too. “The accounting notices [patients] receive from insurers,” Bashe says, are “almost incomprehensible.”

In sum, Bashe, like AETNA's Fagan above, invokes the concept of something being broken, saying, “The fee-for-service and hospital-care billing models in the U.S. are long broken, and we don’t have the stamina to reinvent the system."

There are other healthcare stories adding to communicators' anxiety and the industry's troubled reputation. Most obvious is the future of the Affordable Care Act, also known as Obamacare. With the November elections near, healthcare execs are anxious to know how political shifts, if there are any, will influence the former’s president’s health plan. Patients are concerned too.

There also are stories about pharmaceutical companies charging high prices to patients for life-saving medicines and doctors accepting payments from companies without disclosing them. We’ve had examples of these recently; just the other day a drug company CEO claimed he had “a moral requirement” to increase prices 400 percent and a Sunday NY Times page 1 report says a leading breast cancer physician allegedly failed to disclose financial ties with healthcare providers and pharmaceutical firms over the years.*

Editor's Note: These and other topics will be discussed during PR News' Healthcare Social Media Summit, October 21, 2018, in Baltimore. More information here.