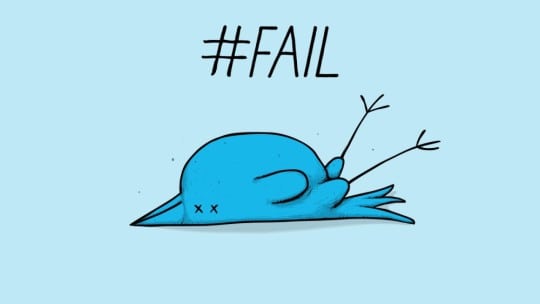 With only 140 characters, Twitter users have accomplished a lot over the past 10 years. Even though its business is struggling amid slowing growth, Twitter—which marked its 10 anniversary on March 21—still houses some of the most highly engaged users in social media.

One of its most significant successes has been as a real-time news and information distribution channel during times of uncertainty—be it natural disaster, political upheaval or acts of violence. From Twitter’s role in helping activists stay connected across the Arab world in 2011, to Parisians offering shelter and safety tips to those on the streets during November’s attacks, the impact of the company’s ability to connect users in real time shouldn’t be understated.

Twitter has had an incredible effect on public discourse over the years. Whether you think this kind of communication is ultimately good or bad, there’s one thing that’s beyond debate: people love to share their thoughts and feelings on Twitter.

Nowhere is this more apparent than when brands, politicians or otherwise prominent figures make missteps on the social media site. Whether a post is cringe-worthy, infuriating or just plain funny, Twitter users spare no one in the virtual lambasting that inevitably follows a misstep.

Since it’s Twitter’s 10th anniversary, we’ve compiled a list of 10 of the worst branded Twitter fails from the past decade, listed in no particular order. So get ready to smile, grimace and cringe at this selection of haphazard social media work from some of the world’s most well-known brands.

When the New England Patriots became the first NFL team to have over 1 million Twitter followers, they created a program that would make a custom digital jersey for everyone who retweeted the team's original, celebratory tweet.

Things started off pretty well, until one user created a particularly offensive Twitter handle and had it emblazoned across the back of a digital Patriots jersey for all 1 million followers to see. The team apologized for letting it slip past its filters, but the PR team had quite the crisis on their hands in the hours after the image spread across the web.

Following Janay Rice’s decision to stay with her husband Ray Rice—a prominent running back in the NFL—after the release of a video showing an incident of domestic abuse, survivors of domestic violence took to Twitter to share their stories with the hashtag #WhyIStayed.

Unfortunately, whoever was in control of DiGiorno’s Twitter account didn’t take the time to see what conversations were taking place through the hashtag before inserting the brand. The tweet received the appropriate backlash for its insensitivity and laziness, and is now one of the classic examples of why you should always research hashtags before using them.

At a time when tensions between New York City residents and the NYPD were skyrocketing, the department hoped to showcase positive encounters with the police force by encouraging residents and visitors to post pictures of interactions with friendly, smiling NYPD officers.

Instead, Twitter users showcased alleged incidents of violence, mistreatment and brutality at the hands of the NYPD and completely hijacked the hashtag. If you ask for public contributions on Twitter, know that you’re opening your brand up to an incredible amount of uncensored scrutiny.

During a particularly contentious time in the Egyptian protests of 2011’s Arab Spring, Kenneth Cole, the company’s namesake and chairman, used the organization’s official account to post a promotional tweet that made light of the upheaval in the country to encourage online shopping.

The Twittersphere responded with due outrage and an apology was issued within hours. Sometimes humor works on social media. Then there are other times when a joke can bring on a crisis.

Before its merger with American Airlines, U.S. Airways responded to a customer’s complaints with possibly the most inappropriate and outrageous image ever posted by an official account. The company claims it was an egregious accident that resulted from an attempt to report the image, which was inadvertently copied and pasted into the company's response to its customer.

During a presidential debate in 2012, KitchenAid sent out a tweet from its official account that made a joke referencing President Obama’s grandmother, who passed away just before he was elected president in 2008.

The company claims the tweet was sent by a team member who thought it would be posted on a personal account, not the brand’s official page.

Similar in nature to what happened with KitchenAid, a social media team member at the American Red Cross mistakenly sent out an inappropriate tweet about a night of copious alcohol consumption.

Taking it in stride, the brand addressed the tweet with a sense of humor and recovered rather easily. The beer brand mentioned in the original tweet even got in on the joke to help generate donations for the Red Cross.

Bing Uses a Natural Disaster to Promote Itself

After an earthquake devastated Japan in 2011, Bing sent out a tweet pledging to donate $1 for every retweet its original post received. What seemed innocent enough spiraled out of control as many saw the move as a marketing ploy by the company that sought to capitalize on the tragedy.

Furniture Brand Spams Prominent Hashtags to the Ire of Users

Here’s one from back in the early days of Twitter. Furniture brand Habitat sought to get itself some extra attention on the platform by inserting the brand into just about every trending hashtag at the time.

Much of the anger was directed at the brand’s flagrant attempt at self-promotion without considering the conversations already taking place. The most jarring example was the company’s post using the hashtag #MOUSAVI, which was being used during the protests surrounding the Iranian elections of the time.

McDonald’s Gets All the Wrong Stories After Launching #McDStories

In an attempt to get the brand’s fans to tell fun and positive stories about eating at its restaurants, McDonald’s launched the hashtag #McDStories. After paying to have the hashtag appear on Twitter’s homepage, the brand found out the hard way that these things can develop a life of their own.

A few hours after the deluge of horror stories and jokes posted by McDonald’s detractors began, the company pulled the campaign from the homepage, but by that time the damage was done.