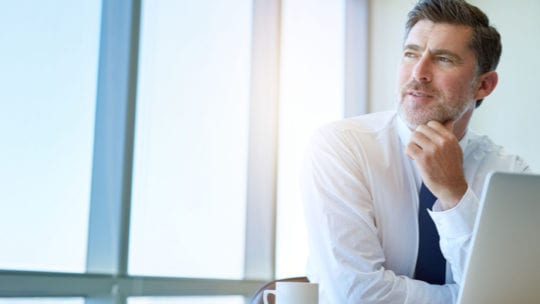 [Editor's Note: As Bill Gates says, “It’s fine to celebrate success, but it is more important to heed the lessons of failure.” Thomas Edison tried thousands of light bulbs before discovering his life-altering solution. Babe Ruth hit 714 home runs, but retired as baseball's strikeout leader. KFC founder Colonel Harland Sanders was 65 when he began franchising his approach to fried chicken. He was rejected more than 1,000 times. Howard Schultz approached 242 investors with the idea of a chain of coffee shops. Nearly 220 of them refused the Starbucks concept.

In this series, a  partnership with the Institute for Public Relations, industry leaders share difficult, early lessons. See the previous article in this series.

This latest edition features a lesson that Ford Motor Company executive Michael Young learned from a boss with high standards.]

During an early and impressionable stage of my career, I worked for a high-ranking executive. The executive was fair, but incredibly demanding, with sky-high  expectations. Sometimes they were unrealistic. Although I was new to my role as a communication data analyst, he would send me research questions. Usually they centered on providing an analytic viewpoint about how our company could get a leg up on the competition.

While at times his leadership style could be viewed as no-holds-barred and wildly unpredictable, I appreciated him. He trusted my knowledge and skills enough to routinely ask for my counsel. This was a big vote of confidence for someone who was learning the ropes.

On one occasion, he sent yet another challenging data request. It was unlike the others, though, in terms of scope, level of detail and aggressive timeline.  This can’t be done, was my immediate reaction.  I must talk him out of it.

We had time on the calendar that day to discuss the project. I spent most of my prep time outlining why the request was undoable and flawed from the get-go. My bullet points succinctly stated how our tools (or no tools, rather) could handle such a pinpointed request.

The boss eyed me after I presented my last slide.

“I look forward to seeing what you come up with.”

What?! That was not the reaction I expected, wanted, or needed.

After the meeting, I collected my thoughts. I realized that my immediate reaction went against everything that I had learned in a previous career. In preparation for a post as a reference librarian in the public sector, my graduate training taught me never to turn away an information request. Investigate every angle. At the very least, ensure you direct the requesting patron to a resource with the necessary tools to help.

Following this realization, I went to work, investigating every angle of the executive's request. I looked for a research approach that could work and outlined the help I needed. With a bit of patience, elbow grease, luck and assistance from colleagues, we had a data solution. True, it was a bit outside of the original ask. Still, it was potent enough to satisfy the boss.

I learned a valuable lesson from that experience: Don’t waste a second on why something can’t be done. Get to work immediately. Identify low-hanging fruit and workarounds for the 'impossible' pieces.

Also, identify quickly where you'll need help. There’s always a solution around the corner. Be patient and trust your process and approach.

I look forward to seeing what you come up with.