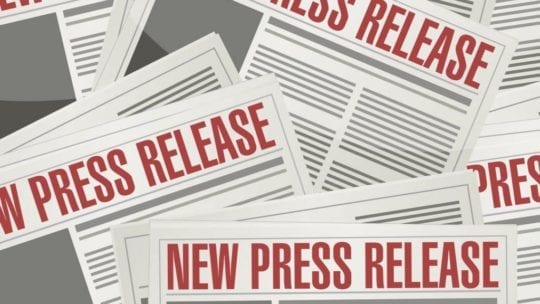 Press releases: They may be quaint. Some even say they’re obsolete, done in by technology and Twitter. Don’t believe the naysayers. You still have to get the message out for your clients, especially when you have some great news to share. And if and when trouble comes up, it’s best to stay on top of the story and shape the narrative.

There’s a right way to do it, of course. And, maybe most important, a right time to write a release up and send it out. “Though companies send out fewer releases, they still have a place,” says Ray McConville, who handles external communications, Americas, for S&P Dow Jones Indices in New York. “I ask myself, is it really news, with broad appeal?” If the answer is yes, he says, then write that release.

But how will you know when that time comes? You’ve got to have a system, a checkoff list that triggers a release. Don’t leave it to chance; it’s not like what Supreme Court Justice Potter Stewart said about pornography: You’ll know it when you see it.

With a system in place, you’ve done half the work. Think of your company as your family. Like a family, it has life events: births, marriages, departures, good grades, and sometimes, bad times. With that conceptual framework in mind, here’s how to know when to send out the news:

It’s a boy/girl/company partner! You have a new CEO or creative director. Your company has hired that hot designer. The investment bank has a new partner, a genius who retired from the big bank at 40 and now drives his Bentley into your parking lot. Be proud, and boast about the new talent.

We take this company to be our lawful... .Your company has acquired that startup, and together with your platform and the new addition’s interface, you’ll disrupt the industry. Don’t wait around for the new stuff to be available to the general public. Here’s a chance to build buzz.

It’s been real. Sometimes breaking up is easy to do, especially when someone wants out. Put a good face on it and give your side of the story. In a constructive, mutually beneficial way, of course. As McConville says, “don’t try the end of the day Friday news dump. News is news, and it will get out anyway. So it’s best to be on top of it.”

We won! Hey, your product/team/designer/salesperson won an award. That’s great. Tell the world about that hard-earned accomplishment, especially if it’s an award for an ongoing initiative that doesn’t end with the award ceremony. Accolades as you receive the statuette are terrific, but they only go so far. It’s never a bad thing to do a victory lap via a press release.

TMI? Finally, know when not to send out a release. McConville asks himself whether the news has broad appeal. If not, he says, “then work through the relationships that you have with reporters.”