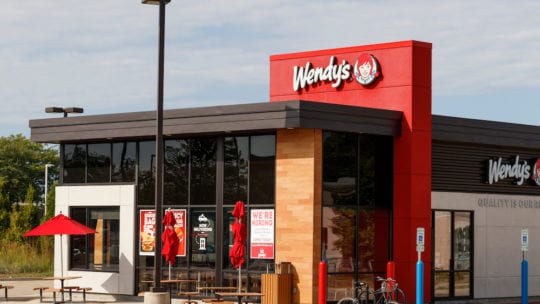 On most days, Twitter-famous fast food brand Wendy’s holds court among the social media greats. However, with recent unrest surrounding the Black Lives Matter movement, Wendy’s has paused its snarky rhetoric in favor of Twitter replies to agitated customers. The brand has not posted  since June 3.

Our voice would be nothing without Black culture. Right now, a lot of people are hurting because of blatant racism against Black people. Their voices need to be heard. Period. #BlackLivesMatter

Now might be a time to break the silence. On June 12, police shot and killed a man after a struggle in the drive-thru at a Wendy's in Atlanta. The death of Rayshard Brooks catalyzed an already tense community to continue demonstrations outside the restaurant over the weekend, culminating in a serious fire inside the Wendy’s.

When a brand gets caught in the middle of a crisis, what IS the proper response? Is it better to be a punching bag for the public and stay silent, or is it the responsibility of the middleman to explain or absolve themselves of the situation? It is unclear in any reporting if a Wendy’s employee called the police on Brooks, who fell asleep in the drive-thru in his car. So what is the company's role?

The Responsibility of the Client

Gene Grabowski, partner at kglobal, has managed many situations similar to Wendy’s—who has never been a client. He provided several options for Wendy’s, and other companies facing similar difficulties, on how to proceed.

“Consumer-facing brands like Wendy’s have a difficult choice to make when a serious crime or shocking event takes place on their premises,” Grabowski said. “The first determinant of action is whether the company is responsible for the crime or event. If the company is responsible in any way, then the public rightfully expects an appropriate response.

“If the company bears no responsibility for the event, it then must decide whether its customers expect a response anyway. The determining factors in this case are company culture, the company’s history of engagement with its consumers, possible legal liability, and the volume of public and news media interest in the event and in the company.”

How to Deliver a Response

If a client finds themselves wanting to make a statement, social media remains a top platform for sharing responses with customers. Grabowski said a response should consist of an apology, a brief explanation of what’s being done to ensure the event never occurs again, and a reassurance that the company is committed to providing a safe and healthy environment or product for its customers.

If the event is serious enough, such as this, or if the company is facing strong criticism online, a greater depth of content strategy—such as a video statement—may be necessary.

“A simple 90-second video conveying the response is in order,” Grabowski said. “The company’s CEO, or another appropriate executive—quality-assurance leader, EVP of sales, etc.—makes the video statement. The company then continues to monitor social media, responding offline, but sometimes online, to further consumer inquiries or comments that appear there. If news media interest arises from the company’s social media response, it’s usually advisable to respond with a brief, written statement to inquiries rather than engage in interviews that too often prove damaging to companies in this situation.”

How Wendy’s Could Proceed

Grabowski noted the certainty of Wendy’s considering all its options, and that it may be strategizing a response to include compassion and safety.

“If the risk of consumer and public criticism is expected to be high if the company fails to respond, then an appropriate response showing compassion and efforts to create a safe environment is crafted and delivered on social media platforms,” Grabowski said. “But great care must be taken so that the company’s response is not seen to be accepting responsibility for the event, so apologies, in this case, are almost always avoided.

“It’s almost certain that Wendy’s...has so far decided that the negative repercussions likely arising from a public social media statement outweigh the positives. But these situations are always fluid and the company must be ready to respond if circumstances change.”

[Update: June 15, 6:18 p.m.: A Wendy's representative contacted PRNEWS to inform us that president/CEO Todd Penegor posted a memo June 14 to all employees and franchisee owners regarding the tragic event in Atlanta. The memo was posted on "The Square Deal," the company's external blog.]