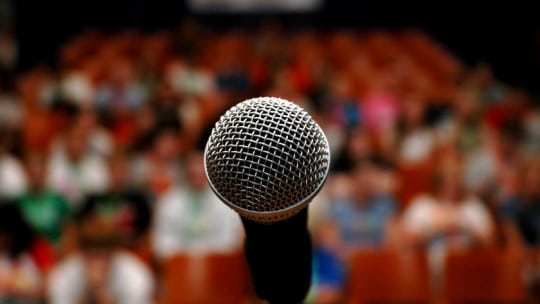 You can look at recent surveys in at least two ways: 2020 was an anomaly, so any survey results are suspect, or let’s dive in and see if assumptions about PR’s role during an usual moment hold water. A new poll of 300 communicators indicates several assumptions are solid. One is that the pandemic pushed the importance of communication into the spotlight, particularly internal communication.

Indeed, some 80 percent of those surveyed in the 4th annual JOTW (Ned’s Job of the Week) poll agree or strongly agree that companies put greater value on communication last year. Specifically, 93 percent said the importance of employee communication rose during 2020. Certainly we're anxious to see data detailing the C-Suite's opinion of communication's value.

A corollary from PR's new luster is that communicators have too much to do. Indeed, the survey found the top issue for communicators is having too many priorities (40 percent). More than half (54 percent) say excess work will move to outside agencies. The next top issue was "cutting through the noise" (37 percent) and "working with leaders who don't understand communication" (36 percent). In previous years, tight budgets and proving ROI were top issues.

Of course, it’s useful that 2020 surveys delve into DEI. In this one, the results may not tell the full story. On the up side, 66 percent of the communicators said their employer has a formal DEI effort. Only 13 percent said a program was created in the wake of 2020’s racial unrest.

With PR badly in need of ethnic diversity, though, it’s questionable whether or not those DEI plans are effective. Moreover, we'd like to know if the pandemic’s economic devastation retard recruitment of diverse candidates.

On the other hand, we liked this survey because of its specificity. For example, it separated brands taking stands on social and political issues. It found just 21 percent say brands should take stands on political issues often or always. Twice as many (43 percent) say brands should voice opinions on social issues often or always. A cautious 40 percent said stands on politics or a social issue should be taken sometimes, though it depends "on the issue, context and relevancy to the organization."

A surprising finding came in the measurement section. A majority (60 percent) said they measure communication work always or often. 30 percent measure sometimes, and 10 percent rarely or never measure. These figures are an improvement over previous versions of this study.

And if earned media is more difficult, how about paid media? 62 percent say sponsored content, like paid posts in Forbes, can be credible sometimes, depending on the source. Indeed, 41 percent of companies have paid to play, the survey results said. However, nearly the same amount (40 percent) have never purchased paid content.