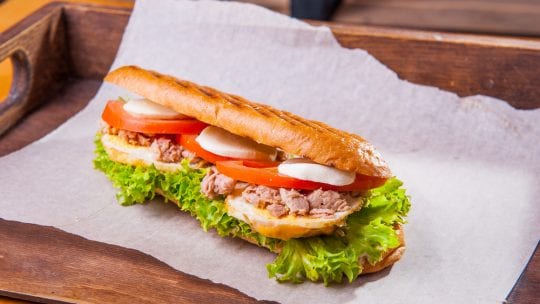 Something fishy is happening with Subway’s tuna.

Unfortunately for Subway, those gleefully spreading the New York Times’ findings like so much mayo on bread, may have oversimplified what, upon a closer read of the story, appears to be inconclusive evidence. As counterpoint to her findings, Carmel points to an “Inside Edition” segment of Feb. 2021 in which three samples of Subway tuna from Queens, N.Y., locations were lab tested. Tuna DNA was present in those samples.

A full statement from the lab that conducted tests for the Times isn’t exactly cut-and-dried. Carmel wrote:

"The spokesman from the lab offered a bit of analysis. 'There’s two conclusions,' he said. 'One, it’s so heavily processed that whatever we could pull out, we couldn’t make an identification. Or we got some, and there’s just nothing there that’s tuna.'”

The heavily processed phrase may not be a fun prospect for PR pros to address. Yet it indicates that the lawsuit, which alleges Subway’s tuna sandwiches “are completely bereft of tuna as an ingredient,” may not hold water.

Carmel also notes that the plaintiffs have weakened their accusatory language in recent months. Their suit now centers on whether the Subway sandwich contains 100 percent sustainably caught skipjack and yellowfin tuna, according to Carmel's reporting.

Despite all this, the court of public opinion has run with the story's simplest version: Subway tuna sandwiches do not contain tuna.

Food brands are not strangers to attacks from social media accounts propagating conspiracy theories. As early as 2017, posts circulated theorizing that ice cream purveyor Baskin Robbins’ logo, which can be read, from a certain angle, as “1312,” is a coded alphanumeric reference to the anti-police slogan “All Cops Are Bastards," or ACAB for short. (In fact, the 31 in Baskin's logo is a reference to the company's 31 flavors, and received a revamp in Dec. 2020.)

While these posts slowed in 2020, they are back: On June 29, a tweet lampooning one of the original Baskin Robbins logo posts went viral on Twitter–and the conspiracy theorists, including likely trolls and bots, filled the comments section to amplify the sentiment.

The return of the Baskin Robbins trolls mirrors Subway’s early 2021 “Inside Edition” redemption and natural slowdown of conversation around the lawsuit. One might think it was old news by March; alas for Subway’s PR team, The New York Times knew the story had legs (or fins?). Clearly, the shelf life of brand-targeted misinformation is not predictable and rumors can resurface at the click of a button.

“Agenda-driven groups will use a brand's name recognition to gain attention and amplify their perspectives on various issues over and over again,” Morgan says. Pointing to the Jan. 2021 Subway tuna conversation spike, Morgan adds, “The story is simply seeing a resurgence months later due to factions like QAnon, who are ultimately hoping the brand will respond and give them more opportunity to instigate engagement. It's a vicious cycle."

So, what should Subway do? Risk mitigation and analysis are key, says Morgan.

"Strategic communicators should always assess the true risk of a situation before deciding whether or not to act. This means knowing who's driving a narrative, whether it's spreading authentically or unnaturally and where it might go next.”

Yonder’s report on the tuna trolling separates conversation drivers into factions, from QAnon theorists to animal rights groups to accounts with liberal-leaning sentiments. “The narrative is mostly authentic and was first spurred by QAnon, Fox friends and Cosplay factions,” the report concludes. “But, Vegans and Mainstream Left factions have been the ones keeping it in the public eye.”

The revival of interest, Yonder found, is in large part due to left-leaning accounts’ response to a trending tweet from journalist Dan Rather asserting, “There is about as much courage DNA in the Republican Party as there is tuna DNA in a Subway sandwich.”

It ranks the “Republicans lack courage” angle as “low impact,” indicating the joke is growing stale. However, it rates the larger story, “Lab test found no tuna DNA in Subway’s tuna sandwich,” as having moderate impact on the narrative—an indication that Subway's PR team should track and evaluate it.

“When a rumor emerges and is detected with social media listening, a factual post with links to more information should be drafted and optimized for sharing widely on all available channels,” Buchbinder advises. If the topic is serious enough, Buchbinder says, (perhaps, say, meriting a high impact label from Yonder), “a ‘dark page’ for the organization’s website may even be called for.”

Next, he advises monitoring. “If the rumor picks up steam and takes off, that [factual] post should then be shared.”