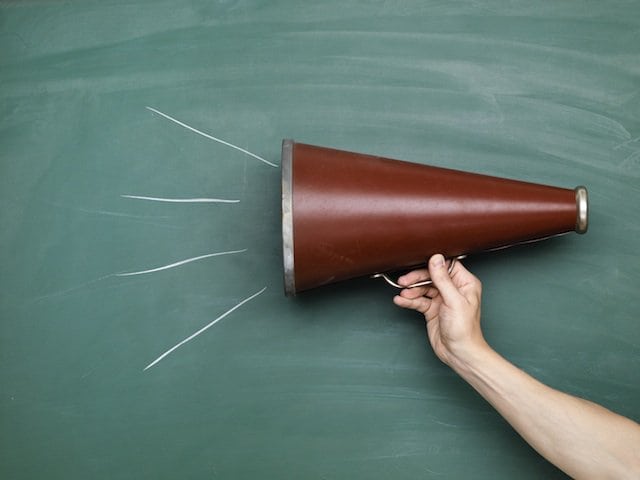 The proof is in the pudding: Social media users increasingly expect brands to take stands on social and political issues (70 percent of consumers, according to the latest report from social media analytics firm Sprout Social).

Many companies have tried to combat injustice via social media messaging, only to see it backfire. Amplifying a worthy cause without committing to direct action can lead to accusations of woke-washing—messaging that is only skin-deep.

Sometimes, when a company fails to take full stock of its actions—particularly around internal operations—activist employees take to social media to call out the organization on ethical or moral grounds. Inevitably, PR pros are expected to pick up the pieces when an employee’s post goes viral.

The BA Test Kitchen is staging a revolt to support and protect their BIPOC coworkers and I'm really hoping everyone else joins Molly and Carla pic.twitter.com/wiO2Vg8NYc

Media organizations have been a hotbed of employee whistleblowers on social media, including the June ouster of Bon Appetit editor Adam Rapoport following a leaked photo featuring him mocking Puerto Rican culture. This opened the door to allegations of disparate compensation of white and BIPOC employees. The same week saw Refinery29 co-founder and editor Christene Barberich step down after employees posted about unequal compensation of female employees of color.

The communication prognosis is all the more dire when criticism comes from an established celebrity with a large following. An example is Katie Couric’s Oct. 14 tweet berating former employer NBC News for carrying President Trump’s town hall at the same time former VP Joe Biden's town hall was airing on ABC.

As is the case with communication crises, reputation damage from whistleblower-style posts is not a matter of if but when for many companies. So, what are the proper steps if your PR team is tasked with handling a scenario like those above?

Run it up the chain

Even if your C-suite claims to understand the importance of diversity, equity and inclusion (DEI), it may be slow to act until it is too late. While every company under the Sun should be working daily to put DEI into practice, internal change takes time. PR pros simply have little to no time mid-crisis. As Helen Shelton, senior partner at FINN Partners warns, social media “has the power to impact public opinion and sentiment in seconds.”

Your CEO might be under the impression that a media blitz attempting to fact-check whistleblower claims will be enough to quell a rising social media crisis. However, “there are no filters and no fact-checking when it comes to how, when or what individuals choose to post,” Shelton says. “While these matters are best settled privately and internally, these kinds of actions should serve as a wake-up call to the industry and be addressed head-on.” Consequently, it may be up to communicators to ensure that the wake-up call makes its way to the executive suite.

You can’t please everyone

It’s unlikely any brand will emerge completely unscathed from a social media whistleblowing incident. “There is almost no way a firm can satisfy all stakeholders when criticized on social media for failing to take a stand,” argues Gene Grabowski, partner at kglobal.

Grabowski says that between the president's policy agenda, COVID-19 and the re-ignition of the #BLM movement, several clients and even his own agency have been encouraged to make public statements on hot-button issues. “Our counsel, which we ourselves follow, is first to be true to your company's beliefs, culture and traditions.” So, if your leadership or a substantial number of employees feel compelled to make a statement because of heartfelt beliefs, “then by all means do so,” he advises.

No one can win them all, so it’s crucial to be aware of the risks, whether you pipe up or stay on the sidelines. “Any position you take will please some and antagonize others, and for whatever business you may gain from it, you are equally as likely to lose some,” Grabowski warns.

If your company chooses to take a stand in response to an employee-raised issue, those who feel antagonized undoubtedly will be vocal. Dwayna Haley, SVP and practice director at Porter Novelli, notes that the current climate has “politicized non-political issues” (like mask-wearing) and “positioned polarized opposition to even basic human rights.”

But some fights just aren’t worth having, Haley argues. “Trending behavior on social media prompts us to dive down this pointless and potentially harmful rabbit hole of debate. Don’t fall for it. Guard your words carefully, but don't feel the need to defend them.”

“If you must, the best response to backlash or negative feedback to hot-button issues is ‘Thanks for your comment,’"Haley advises.

To thine own self…

There is another scenario where it may be prudent to keep mum, and it relates to the oh-so-dreaded marketing buzzword–authenticity. You risk fanning the flames if your response to a mushrooming social media crisis is inconsistent with your modus operandi, says Grabowski.

“If [taking] a stand is unaligned with your culture or core beliefs, you should resist social media pressure and avoid committing yourself or your company to a position that seems false or hypocritical to you or to the clients you serve,” Grabowski counsels. “Integrity, regardless of how it may be viewed against someone else's agenda, always is the better course to follow.”