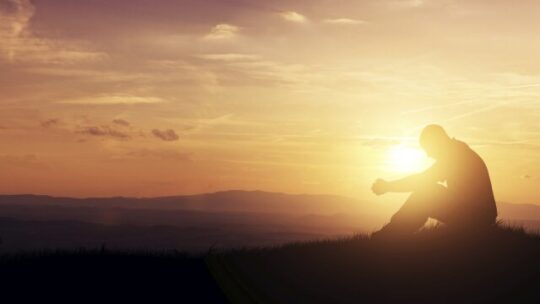 Communicators and marketers rely on information about consumers as they identify, engage and grow markets. Perhaps the most fundamental of these pieces of information are traditional demographics and psychographics. They help you understand your audience—its traits, makeup, life experiences and motivations.

There’s another dimension that can bolster our knowledge of consumer markets.

Let's assume demographics represents the physical self, more or less. And that psychographics is the mind.

So, what about the soul?

This is where spiritugraphics comes in. Spiritugraphics asks how might behavior vary based on spiritual experiences and beliefs? In other words, does a consumer’s faith influence behavior and consumption?

We developed a statistical study that sought answers. In short, we found faith and spiritual values influence behavior of a segment of the American population.

Yet this segment is underserved, though it is not a new or emerging group. Still, company messaging has largely ignored it.

As we know, when communicators and marketers possess more knowledge about what moves an audience, their messages have a better chance of resonating with its members. Tapping the spiritugraphic characteristics below can help companies engage the 38-million+ faith-driven households in the US:

Relationship and Reputation The faith-driven shopper is concerned on a much higher level than the average American shopper with a vendor’s character.

Saying ‘Christmas’ Embracing the word and imagery of Christmas will boost revenue.

Empty Nesters Faith-driven households comprise more of the 45–54, 55–64, and 65-plus age brackets than their counterparts. They seek a worthy expense for a worthy result and a brand that echoes their desire to see the rewards for their efforts in the faces of those they love.

Made in America A staggering 80% of faith-driven respondents are concerned with a product’s origin.

Small Town Ideals 66% of faith-driven respondents try to buy from neighborhood, locally owned stores because they are more likely to have an authentic, community relationship with the store owner.

Lent This group is 20%+ more likely to change behavior (specifically, their diet) between Ash Wednesday and Easter.

Old School Values Born-again respondents are more likely to cite the notion that their body is God’s temple and are far more conservative about what they ingest and how they adorn their bodies.

Daughters Are Different Women often are seen in a more sexualized and objectified fashion than men, so it’s not a surprise mothers prefer delaying that reality for their daughters.

Not Yet Woke Born-again consumers are 84% more likely to lean conservative politically. As such, they'll usually reject marketing with progressive ideas and imagery in it.

Each of these characteristics identifies a perspective some segment of your audience may hold. The trick is crafting messages that maximize positive responses from this audience. And, of course, doing so without creating unwanted blowback from your other customers.

This essay is adapted from "Spiritugraphics: The Influence of Faith on Consumption and Why It Matters to Your Brand." $17.50. 256 pp. Forefront Books.

[Editor's Note: The writers' views do not necessarily reflect those of PRNEWS. We invite opposing essays from readers.]