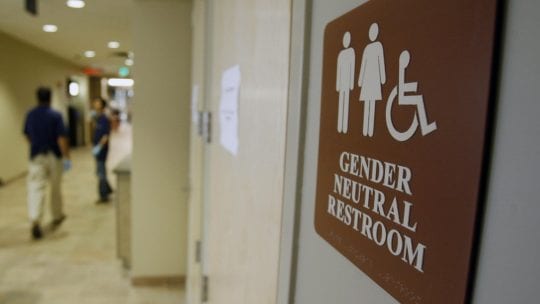 The next year, more than 60 big corporations–including Cisco, Apple, American Airlines and Microsoft–opposed North Carolina’s 'bathroom bill,' which prevented transgender people from using restrooms that didn’t match the gender on their birth certificates.

These were controversial positions. The terrain is even more challenging now.

After the January 6 assault on the Capitol and lawmakers opposed Electoral College certification of President-elect Joe Biden, major corporations suspended or paused donations to some politicians and PACs.

In March, Georgia enacted a law restricting certain voting practices. Delta Airlines, Coca-Cola and other companies objected, and Major League Baseball (MLB) moved its All-Star Game out of Atlanta. Georgia governor Brian Kemp accused the companies and MLB of fearing liberal activists and being out of touch with Georgia values.

Other states passed similar bills. And the Texas legislature may shut Bank of America and Citigroup, the biggest underwriters of municipal bonds, out of the state's market because of their policies on guns.

And now the public is getting more involved.  72 percent feel more empowered to express their opinions with companies, a recent Porter Novelli study shows. And 69 percent see "canceling" a brand as a way to get attention and change corporate behavior. No company or brand is excluded, even favorites. People care most about racial justice, followed by women’s rights, COVID-19 protocols, immigration, climate change, LGBTQ issues, religion and politics.

A survey of Fortune 500 CEOs out today (May 18) shows this group of corporate leaders is split evenly on the question of speaking out. Half told Fortune that CEOs "have a responsibility to speak out on important social and political issues and should continue to do so." The other half believe CEOs "have recently gotten too involved in commenting on social and political issues and need to pull back."

80 percent say "everything possible should be done to make it easy for every citizen to vote." And 36 percent say they have a net zero emissions plan, while 44 percent are "considering" one.

Other research shows that younger consumers are most likely to use their influence to impact political and social issues.

Communicators should consider the following as they help companies navigate this difficult issue:

There’s peril in speaking out, just as there is in staying silent on relevant issues. But it seems certain that many corporate leaders will continue to weigh the risks and stand up for what they think is right. Moreover, companies, of course, need to marry their words with action. PR professionals can guide companies on all of this.

Bill Novelli is a professor, founder of Business for Impact at Georgetown University’s McDonough School of Business, author of "Good Business: The Talk, Fight, Win Way to Change the World" and former president of Porter Novelli