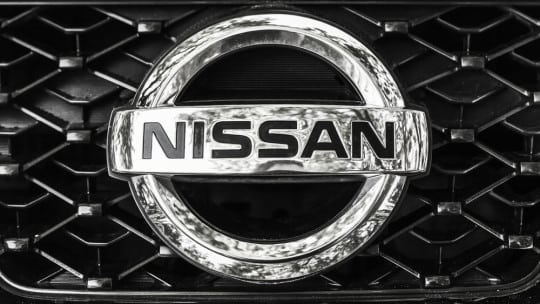 How many times must something occur before it loses its shock value? Communicators at Nissan might find out. On July 9, the company admitted it fudged data on emissions tests for a slew of automobiles produced in Japan.

Certainly Volkswagen’s "Dieselgate" scandal, which leapt onto front pages in September 2015, is the best-known example of an automaker cheating on tests. That crisis, which continues in the form of lawsuits and penalties, involved some 11 million cars globally.

Far more quietly, though, other car companies have succumbed to the itch to cheat on emissions and/or fuel economy tests, including Daimler, General Motors, Suzuki and Mitsubishi.

Perhaps this spate of cheating springs from “incredible pressure to launch more fuel efficient, cleaner vehicles,” which “has twisted the morals and values of many of the world’s automakers to the breaking point—or should we say falsifying figures on a massive scale,” writes veteran auto analyst Peter Lyon.

More important to communicators is whether or not these post-Dieselgate incidents will dull the coverage around Nissan's incident. "Because Volkswagen and so many others have admitted to falsifying data and employing lax quality standards in the past two years, Nissan’s news has less shock value in the marketplace, which likely means it will only have a short-term impact on sales,” says kglobal partner Gene Grabowski.  The automaker hopes so.

Other advantages for Nissan are its quick admission of guilt and sincere-sounding apology.

In many ways the Nissan and Volkswagen cases seem very different. Volkswagen's scandal came to light through the media. This latest admission from Nissan was issued after a “voluntary” internal review of emissions and fuel economy tests at the company’s production plants in Japan. It showed Nissan inspectors used “altered measurement values” on emissions inspection reports.

The reason the company was conducting voluntary internal reviews stems from an October 2017 incident, where Nissan discovered issues in its testing program—mainly that its inspection routine was flawed due to uncertified technicians. That situation resulted in the company closing its Japanese factories and recalling 1.2 million vehicles.

Recalls will not be needed with this latest incident, Nissan says, as the vehicles are compliant with Japanese standards.

Nissan's situation also differs from the Volkswagen scandal since VW's top leaders initially denied the existence of a problem and later attempted to portray the cheating as something middle-level managers had cooked up without their knowledge. (It turned out to be the opposite, as Volkswagen's top leaders apparently devised the cheating plan and handed it down to middle managers for execution.) Nissan, on the other hand, seems be owning its mistakes and doing so openly.

“Nissan understands and regrets the concern and inconvenience caused to stakeholders…[and] proactive initiatives to prevent recurrence of such issues [as occurred in 2017]...led to the discovery of this [latest] misconduct, for which the company is regretful,” its statement reads.

It continues, “A full and comprehensive investigation of the facts outlined above, including the causes and background of the misconduct, is underway. Nissan has retained the leading Japanese law firm Nishimura and Asahi to carry out an investigation centered on the causes and will implement appropriate countermeasures based on the results.”

“Strict adherence to compliance is a top priority for Nissan’s management, and if issues are discovered, appropriate measures will be taken.”

That’s pretty much picture-perfect PR technique. Own the misconduct, apologize sincerely and tell the public how you’re going to fix things. As Grabowski says, “Nissan will no doubt benefit from the fact that the company is running to the light in admitting that it falsified test data and has already launched an investigation under the supervision of a prominent law firm."

Nissan was smart to establish a one-month timeline, "which that demonstrates it is serious about correcting the issue," he adds.

Incidentally, Volkswagen’s initial passing the buck on its emissions cheating led governments the world over to enact particularly harsh penalties against the automaker. In the U.S. several federal agencies sensed blood in the water and eagerly competed to get their piece of those penalties.

At the moment, Volkswagen’s bill in the U.S. for Dieselgate penalties and lawsuits stands at $25 billion. It likely will continue to grow. As you might recall, it claimed the job of Volkswagen CEO Martin Winterkorn who in early May was charged with fraud in the U.S., although he’s unlikely to be extradited to face those charges. Yes, a scandal that started in September 2015 continues to this day.

In light of all this, Nissan’s transparency and authenticity were good moves.