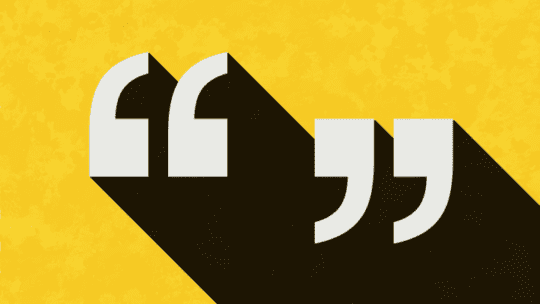 It’s no big secret that public relations professionals often do all the leg work on press releases, including writing and suggesting quotes for executives’ approval.
And it’s those quotes that often weigh into whether a release will get any interest from journalists—even if they refuse to use the "canned" quotes in their stories.

Here are a few pointers to keep in mind while crafting or communicating these scripted soundbites.

Keep the explanations out of the quotes. Journalists sometimes get bogged down by technical, scientific, educational or other explanatory information. Save that for its own paragraph in the release instead of using it in a quote. Instead, have the quote amplify and expand on the information.

Think brevity. Journalists and other readers often scan stories or releases. If they see an extremely long quote coming, they tend to pass over it. Keep it short, or break it up into two quotes.

Use powerful keywords. “We made these moves to avoid further financial difficulties to our company.” Sounds bland, right? “We made these moves because the future of our business was in jeopardy.” Whoa, that’s a pretty powerful word, jeopardy. And it grabs the attention of a journalist—who might even turn it around in a story.

Be human and conversational. See above. Avoid clichéd, robotic quotes. Humanize the subject. Reading quotes aloud always helps. Giving the quote an actual voice will answer the question, “Is this something that would be said in normal conversation?”

Be authentic. Write it the way it was said if you’re speaking with/interviewing your CEO, if you aren't writing it yourself. Don’t be afraid to use writing devices such as ellipses or dashes to denote pauses in speech or to emphasize a point.

For third parties, be opinionated. Let’s say you have a client who is an expert on mergers, and you want to get him publicity by reacting to the news of two companies joining forces. Make sure the quote is a definitive opinion. Journalists can’t, and shouldn’t, be biased in stories and offer up their opinion. They are looking for quotes from someone to explain those positions. So saying “Only time will tell if this works,” isn’t a quote that’s going to be used by journalists. “This will be the biggest boondoggle since New Coke,” will certainly resonate with journalists.

Think about placement. Quotes should never be used in the first two or three paragraph of a release. Quotes are supportive and should provide context to the explanatory first few paragraphs of a release.

He said, she said. Quotes should be attributed by "he said" or "she said." Don't use synonyms. People don’t exclaim things, for example—they say it.