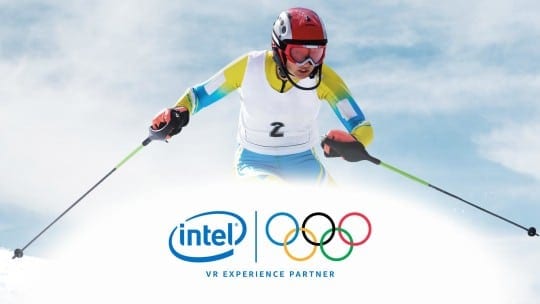 This weekend, one of the most-viewed sporting events in the world kicks off in PyeongChang, South Korea. But it's not just athletes that will be strutting their stuff on the world's biggest stage.

For the brands that serve as official sponsors, the Winter Olympics provide a perfect opportunity to combine their storytelling chops with the natural drama of international competition.

Here's a look at how some of those brands are highlighting their roles as official sponsors, using everything from influencer marketing strategies to virtual reality experiences.

Alibaba Group, one of the largest companies in Asia, focused their social campaign on those Olympic moments that may seem small, but have a larger-than-life impact.

Bridgestone Tires is focusing on the athletes, the Olympics version of influencers. Telling the stories of these competitors is a great strategy, even if their connection to tires is tenuous.

Coca-Cola celebrated the longevity and history of the Olympics, and the brand's long-standing tradition of supporting the games, on Facebook and other platforms.

Dow, the official chemical company of the Olympics, will stress #ScienceOnIce and #GameTimeScience on a brand Twitter account focused on sporting events.

The countdown to #PyeongChang2018 is on! Check out @DowChemical's latest infographic to discover how Dow solutions enable the science behind creating sustainable infrastructure to help athletes, fans and media travel to sporting venues. https://t.co/X98dGT8CkP #GameTimeScience

The Olympic Games are an opportunity to showcase not just the world's greatest athletes but also the technology that makes the games come alive. GE is focusing on how its digital solutions are keeping the games in motion and changing the way we view them.

Intel is also using advances in technology to bring a new experience to the Olympics. The tech giant is touting its True VR system as a new way for audiences to become immersed in the games.

Go behind the scenes to see how the Intel True VR team built the #VR system that will allow broadcasters to show the @Olympics Winter Games #PyeongChang2018 in 360-degree and 3D stereoscopic VR. https://t.co/w2kQ82I5L9 pic.twitter.com/CDkpPxltW0

The differences between gold, silver and bronze medals can be based on a tenth of a second. So watchmaker Omega, the official timekeeper of the Olympics, is showcasing how it's "recording dreams."

Procter & Gamble and its many brands are also featuring Olympic athletes on social media, and looking at their journeys through the lens of its #LoveOverBias campaign.

U.S. snowboarder @ShaunWhite got a fresh cut with us during his visit to the @ProcterGamble Family Home at #PyeongChang2018. RT if you'll be cheering on Shaun next week! pic.twitter.com/2dWpXsgfaT

Meet @ZharaLari - the first figure skater to compete internationally wearing a hijab. This is her story about overcoming adversity as part of @ProcterGamble’s #LoveOverBias campaign. pic.twitter.com/mTlWsJV133

Visa is partnering with athletes to focus its promotion on their personal accounts, another influencer marketing strategy to reach a broad audience in an authentic way.