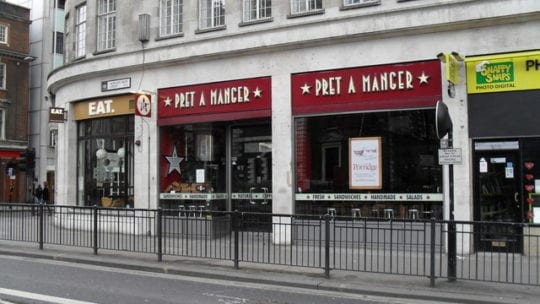 Healthy fast-food chain Pret A Manger is in hot water after reports came to light on Oct. 7 that another customer died from an allergic reaction to a Pret food item, making this the second account of an allergen-related death at the chain within the past two years.

An initial report was released on Sept. 28 about the July 2016 death of British teenager Natasha Ednan-Laperouse, who had a severe sesame allergy. She ate a Pret sandwich whose label failed to specify that sesame seeds had been baked into its dough. She suffered cardiac arrest on an airplane and died shortly after.

Coroner Sean Cummings of the West London Coroner’s Court specified in his ruling that though Pret A Manger technically did not break the law, the lack of allergen information on the packaging shows the company was not taking the issue seriously. The inquest also reported that “the company had been warned of allergic reactions to its baguettes six times before…Ednan-Laperouse’s death,” according to the New York Times.

Following the report, Pret CEO Clive Schlee released a statement on the company’s Twitter account, expressing sorrow over the tragedy and promising to learn from its mistakes and enact meaningful changes at its stores.

All of us at Pret are devastated by the tragic death of Natasha Ednan-Laperouse and our heartfelt thoughts go out to her family. Here’s the statement our CEO, Clive Schlee, made after the inquest today. pic.twitter.com/Gv0daqzdKs

And just a few days later, on Oct. 3, Schlee followed up with another post explaining exactly how Pret would try to solve the problem—by rolling out full ingredient labelling on product packages in all U.K. shops right away—and stressing the issue’s importance to the company and its dedication to its customers’ safety.

I promised @Pret would make meaningful changes to inform and protect customers with allergies. Here’s what we are going to do https://t.co/qjQPg5URlO pic.twitter.com/7qPmVtKLLl

Too often with crises, a company will release a statement of its commitment to fixing a problem as a stopgap measure until the news blows over, but will not follow up with a tangible solution—or rather, will wait a considerable amount of time between announcements. Pret is showing that it understands the necessity of consistent communication during a crisis and an actionable resolution that can be implemented as soon as possible.

Unfortunately for the brand, this was not the end of the story. On Sunday, Oct. 7, Pret released a statement on Twitter, acknowledging it was aware of another death of a British customer who purchased a flatbread sandwich made with a non-dairy yogurt product called COYO that was later found to contain traces of a dairy protein. The customer, who was not identified in the post, died in Dec. 2017. Pret terminated its relationship with COYO immediately and reiterated its dedication to its customers.

Our statement about today's news. pic.twitter.com/ybG868LojD

Unlike many other fast-food restaurants, Pret A Manger's brand revolves around its use of natural ingredients. It also says that not only is all its food made fresh on the premises daily, but that anything not sold by close of business will not be left over night to be sold the following day.

Still, the recent deaths could erode confidence in its products if left unaddressed. It appears, though, that Pret is doing what it can to rectify the situation.

It’s worth noting, too, that Pret is an international company. Though the majority of its stores are located in the U.K., the brand has approximately 530 locations in the U.S. and China, among other places. Countries have various regulations when it comes to food labeling, which may have contributed to the deaths.  In Britain, for example, Pret is not required to label individual food items because they are assembled on the premises, as opposed to being bought from a third-party.

Regulations for food labeling in the U.S. vary by state, but the New York Times reports that the company “already uses full ingredient labels in some of its stores there.”

Regardless of what the rules are in the various locations that Pret can be found, it may behoove the company to start fully labeling its food in all of its stores, not just those in the U.K., to prove it has truly learned its lesson.