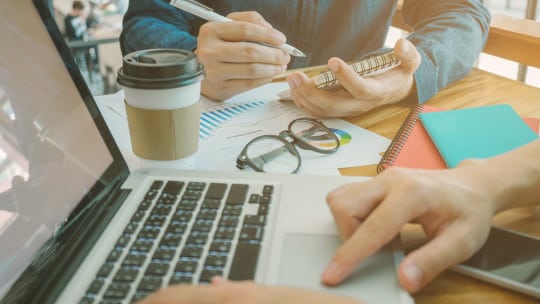 More than 5,000 press releases are issued each day and reporters get roughly 100 pitches daily via email.

So, how can you produce a release that stands out from the crowd? That was the question tackled by Mandy Menaker, head of PR and brand development for Shapr, and Erin Burke, director and vice president of APCO Worldwide, at PR News' Press Release Writing Workshop at the Yale Club in New York.

Menaker and Burke shared three steps for writing a press release that captures attention, then captivates:

Seek Your Story
PR pros first need to find the story—to think like a reporter—when writing a press release. So, before sitting down at your keyboard, it’s important to ask yourself: Is this really news? Would this appeal to a wide audience?

Other key considerations include:

Ultimately, you want to look for stories that are timely, compelling and most of all, complete. Make sure you have everything a journalist needs to cover this story.

Plan Your Writing
As you plan out your release, it’s essential to know your audience, to know who you’re writing for—what are their priorities, interests and concerns? And ultimately, you must define your key message: What do you want the audience to know, feel or do?

After you've found your story, produce an outline that addresses whether you made a clear case for why the reader should care. Make sure the key messages and calls to action are clear and that you avoid clichés and corporate jargon. Try to anticipate the questions that might arise from your release: Ask yourself if there might be any questions in the reader's mind that you didn’t address.

Speak the Journalist's Language
If you’re thinking like a reporter, you have to write like one as well. So, only include the most important information critical to telling your story, use clear language and avoid unnecessary words and phrases.

You’ll want to structure your press release like a reporter typically structures a story, using an inverted pyramid model. This model puts the most important information up top, starting with an attention-grabbing headline. Think about the release's headline as if it were a front-page article. It’s critical to use an active, appealing headline that creates intrigue without overselling the story and convinces a reporter to read on.