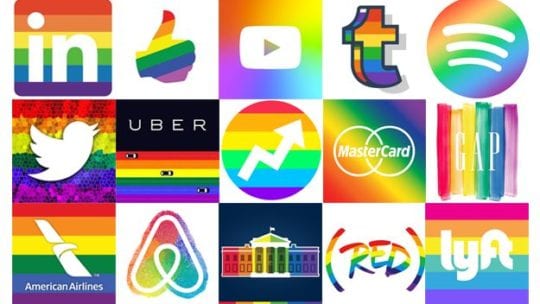 In this day and age, many organizations are feeling pressure to pick a side on a number of politically-charged issues. However, PR pros should caution companies to take a step back first, and consider the consequences.

Every day, it seems that someone is reiterating the same point: the world is divided.  This constant talk of division also brings up the idea that there is a need to take sides, and many brands are doing so. Taking a firm stance on one side of a political issue and disavowing the other has become a popular marketing tool, but is it the right move for your brand?

Consumers are more conscious and demand more transparency than ever. When a brand chooses to support an issue, consumers expect more than a donation or a limited-time promotion supporting a trendy cause. Brands that take the popular side on an issue for good PR can find themselves in hot water when customers realize that the company does little to support that cause. The brand then gets accused of woke washing, acting like it is socially conscious when in fact it is using the cause for good press and to stir up goodwill among customers.

Pride has become a prime example of the woke washing trend. Brands from Listerine to Chipotle sport rainbow branding during June. Once the month ends, the branding disappears, leaving LGBT+ customers wondering if these brands supported their community or just used them for attention. If brands are going to plant their flag behind a cause they have to take serious steps to support that cause.  Sometimes it's better to refrain from picking a cause.

There is No 'Winning Side'

When a brand is choosing a side on a political issue, it ultimately is choosing to alienate 50 percent of the population that is on the other side of the issue. Global, billion-dollar companies like Nike are able to take the negative attention that comes from something like the Colin Kaepernick campaign. Nike is an outlier.

Most brands can’t afford to lose half the population or suffer the loss in profits that comes from a boycott. By choosing not to engage in political debates brands may lose out on a small amount of media attention or support from a very vocal subset of people. In addition, they avoid the backlash that is bound to come from the other side of the debate.

Standing the Test of Time

Times change, and what is popular today may be extremely unpopular next year. The politics of 50 years ago are clearly not those of today, and there is no telling what politics will be like fifty years from now.

Brands that hinge their identities on politics risk looking like hypocrites years from now when they inevitably change their positions on certain political discussions based on leadership, popular opinion and more. Staying out of hot-button issues allows brands to maintain a consistent presence and message for years to come.

Taking a political stance is a risk for brands—for some it can pay off big, but for others it can crash and burn, ultimately hurting your business’s reputation as well as its bottom line. Staying apolitical allows you to stay true to your core practices without “performing” activism, retain customers on both sides of an issue and stand the test of time.

Ronn Torossian is CEO of 5WPR