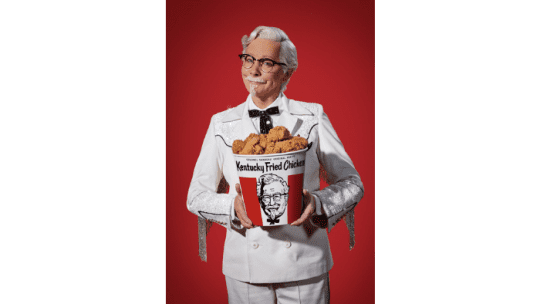 As part of its annual Platinum PR & Agency Elite Awards program celebrating the best and brightest in communications, PR News handpicks a group of campaigns that will likely be remembered in years to come for their ingenuity, strategic messaging and measurable communications outcomes. These campaigns make up PR News’ Platinum Hall of Fame, and this year's winners will be officially inducted at PR News' Platinum PR & Agency Elite Awards luncheon Sept. 21 in New York City.

One of this year's Hall of Fame inductees, KFC, was selected by PR News' panel of judges for its creative reimagining of a brand icon via its "Rotating Colonel" campaign. Over the past few years, the longstanding mascot has been given several new faces—perhaps most memorably, Reba McEntire. With earned media wins and social media accolades abounding, the brand kept audiences holding their breath for the next influencer to don the signature goatee and white suit.

PR News asked Staci Rawls, director, PR & internal communications at KFC U.S.—who is also a finalist for this year's Platinum PR Professional of the Year—to pull the curtain for a peek behind one of the most beloved campaigns in recent history.

PR News: Where did the idea for the Rotating Colonel Sanders campaign originate?

Staci Rawls: As part of our overall brand turnaround strategy, our goal was to launch a new advertising campaign, along with digital and PR activations that would make Colonel Sanders relevant again, bringing him into pop culture. KFC launched that advertising campaign in May 2015, with the first celebrity Colonel in a series of rotating Colonels that has continued since then.

Our PR agency, Edelman, has done a fantastic job of making sure each new Colonel has a moment in the spotlight. Since our campaign launch in 2015, we’ve worked hard to keep the Colonel front and center of everything we do, with brand-building activations like a romance novella, the Macy’s Thanksgiving Parade KFC float, a series of Colonel Sanders DC Comics books, a Colonel Sanders virtual reality game, a WWE partnership with wrestling Colonels, Colonel Halloween costumes and much more.

PR News: Do you plan to keep the campaign going? How will you determine the next Colonel?

SR: Since we re-introduced the Colonel as the kickoff to our brand repositioning, the campaign has gained so much momentum that we are constantly asked who the next Colonel will be. Our goal is to keep things fresh and unexpected. You never know what we will do next; from new celebrity faces to fried-chicken scented scratch ‘n’ sniff Valentines, we like to keep fans on their toes.

To determine the way forward, we went back to our roots. The Colonel was the ultimate showman. We first look for someone who embodies the spirit of the Colonel in some way, and then we look for attributes that make the person the right fit for the campaign. For instance, Colonel Reba McEntire not only embodies the values and spirit of the Colonel, but she was also the perfect fit for the launch of our Smoky Mountain BBQ chicken. And, as a star in one of the greatest sitcoms of all time, Jason Alexander was the perfect choice to star in our recent sitcom-themed commercials.

PR News: How has KFC's audience responded to the campaign on social media?

SR: It’s interesting to see how our audience responds to new developments in the campaign. With each new celebrity, there are fans who love the change and those who do not. We’re always blown away by the response we receive to some of our PR stunts, like the Colonel Floatie sweepstakes we launched this summer. More than 260,000 people entered to win a giant pool float shaped like Colonel Sanders. We’re having a blast with it.

PR News: The internet went crazy after Reba McEntire became the first female Colonel. Was this choice at all informed by recent women's movements online?

SR: It was not. We've always said that the role of the Colonel is bigger than any one person, and that anyone, male or female, who embodies the spirit of the Colonel is qualified to play the iconic role. Introducing Reba as the first female Colonel was a highly anticipated next step in the campaign’s evolution, and one that we had been talking about for some time. We saw it as a natural progression of the campaign, and Reba was the perfect fit to launch our Smoky Mountain BBQ flavor with her charismatic personality, connections to country music and impressive career.

The Colonel and Reba also share some similarities in their backgrounds: The Colonel was a small-town everyman who made his big dreams come true through his strong work ethic. Similarly, Reba comes from a small southern town, and has relied on her family’s positive influence, personal motivation and the spirit of southern hospitality to find success. They both also held a lot of jobs throughout their careers. Reba was a barrel racer, singer, actress and producer. The Colonel was in the Army, a ferry boat captain, amateur obstetrician, lawyer…the list goes on and on!

That being said, we love how the campaign evolved with Colonel Reba, and we plan to continue to push through boundaries to reach out customers in surprising and unexpected ways.

PR News: How have you measured the success of this campaign?

SR: The ultimate measure of success for us is that the Colonel is back in pop culture. The brand is modern and relevant again to consumers. When celebrities go to parties wearing Colonel Sanders pajamas and then post pictures about it on social media—all unprompted and unpaid—well, that looks like success to us!

On the business front, since this campaign launched, we have achieved four consecutive years of same-store sales growth, we are building new restaurants again and our earned media impressions year-over-year are growing exponentially. We’re blown away by that success.

Hear from KFC and the rest of the Platinum Hall of Fame inductees in person at PR News' Platinum & Agency Elite Awards Sept. 21 at the Grand Hyatt in New York City. ESPN's Hannah Storm will be hosting.