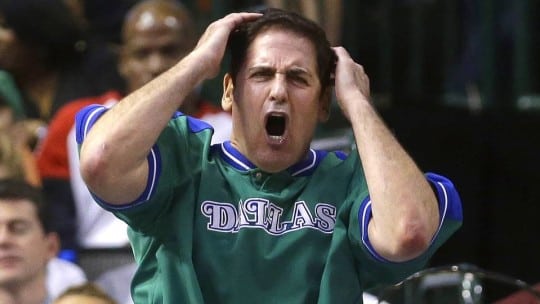 Dallas Mavericks owner Mark Cuban has had a rough week.

On Tuesday, Sports Illustrated published a bombshell investigation that detailed a culture of sexual harassment among the Mavericks' corporate culture for the better part of a decade. The report seemed to catch Cuban—and the Mavericks organization—off guard, highlighting the need for all organizations to engage in crisis planning whether or not a specific crisis appears imminent.

The report shines a light on almost a decade of sexual harassment and predatory behavior running the gamut of Mavericks staff. Former president and CEO Terdema Ussery, who stayed at the organization until 2015, told a woman that she would be 'gangraped', while Mavs.com beat writer Earl K. Sneed was accused of 'outright domestic assault' on multiple instances, including assaulting a co-worker. Sneed was fired in response to this investigation.

"I can’t tell you how many times particularly since all [#MeToo] stuff has been coming out recently I asked our HR director ‘Do we have a problem? Do we have any issues I have to be aware of?’ And the answer was no,"Cuban told the magazine in response to their story. "I asked him again today. Have we done exit interviews like you refer to? Has anybody said anything? Are there any indications that maybe there was something out there and we didn’t pay enough attention to it? No, no, no, no, no, every time."

Cuban's response illustrates the distance between reactive and proactive crisis management. While the possibility of sexual harassment claims were top of mind, the organization seemed to lack any real plan to address the issue, should such allegations come to light.

"Looking the other way—especially in the current environment—is bad PR, bad for business, and terrible for an organization," said Michael Rubin, a senior vice president at Washington, D.C.-based agency LEVICK. "Based on [that] Cuban quote, that’s exactly what he did. Asking 'do we have a problem?' just doesn’t cut it."

Cuban's response also highlights the need for human resources departments to be included in the crisis management process, to ensure that external messaging and internal action are on the same page. It also provides yet another example of how all brands need to be prepared for allegations of this nature in the wake of the #MeToo movement.

In the wake of such a crisis, brands should be transparent and proactive in showing what steps it's taking to prevent sexual harassment incidents from happening in the future. "Companies need to send the message to employees that they take the law and workplace issues deadly seriously," Rubin says.