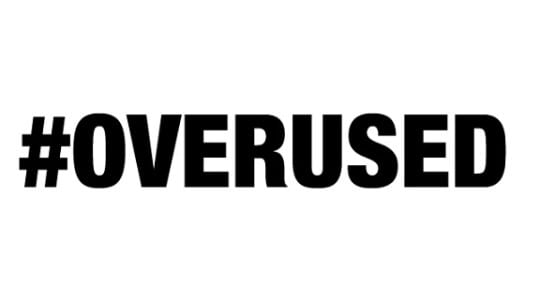 Good PR professionals know how to draft well-worded material that lends an authoritative voice to their brand. When pressed for time, however, even the most talented communicators can be forced to sacrifice quality for quantity, using tired tropes where they might be better off expressing their brand's voice in a simpler and more meaningful way.

Take HBO's new president of programming, Casey Bloys. At a recent press event, he used stock catchphrases that serve as throat-clearing instead of using concise, specific terms. When asked about HBO show Vinyl's cancellation, for instance, Bloys responded, “Quite frankly, if I’ve got limited resources, there are other things I want to do...We didn’t think it was worth the producers’ time...to try to move the needle just a little bit more.”

The bolded phrases above are overused by both corporate executives and politicians and should be trained out of the C-suite long before press time. If Bloys had stated his point about low ratings simply, keeping vague jargon out of the equation, he might have appeared less defensive.

We combed our favorite news sources and asked our own editorial team for a quick look at this year's most cringeworthy terms. Here's PR News' summer edition of redundant and overused words and phrases to avoid:

Circle back (especially after the first follow-up). The prospect already knows you're circling back from the fact that the email has been sent multiple times.

Unicorn. Overused in tech circles to describe a miracle-working employee or product.

Break the internet. Outdated in the media, and one of the worst offenders in terms of hyperbole. We're not talking DDoS attacks here. It's a kitschy phrase that usually refers to a celebrity scandal or a piece of content gone viral.

Starting a sentence with the word "so." So…what, exactly? Your argument speaks for itself if it presents specifics before making a claim.

Synergy. Throw this one into the outdated buzzword junk pile, please.

Engage. It’s hard to avoid overusing this word, since it can be used to describe a broad range of online activity. Still, it’s everywhere these days, and should be used sparingly.

Stakeholder. This word was once used to refer only to people with literal shares of a company. Everyone's a stakeholder these days, from social media trolls to potential consumers. It just doesn't mean much anymore.

Problematic. Its overuse is problematic, especially as an adjective. Better to state, "This has become a huge problem because..." Or, "This is a big issue and here's how we're going to address it.”

Thrilled. It gets less thrilling to read every time we see a press release for a new product launch make use of it (e.g. "We're thrilled to announce…").

Arguably. To quote our managing editor, Ian Wright, "Anything is arguable if you can argue about it!"