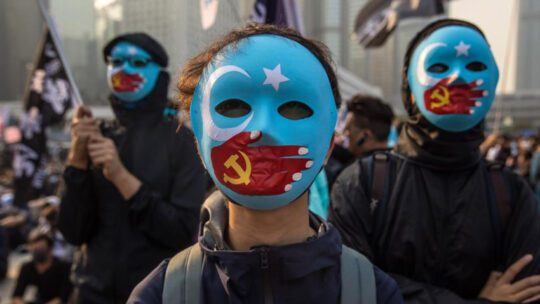 In the days when prize fighting was a major sport, the bigger they are the harder they fall was a common expression in the fight game. The idiom may have originated during an interview in 1902, when Robert "Bob" Fitzsimmons was asked about his fight against James J. Jeffries, the much heavier champion. Today, the expression is used in many ways. An example is the criticism NBCUniversal and its partners, or sponsors, are taking for televising the Winter Olympics in Beijing, China, early next month.

For more than a year, some lawmakers, as well as nonprofits, attacked NBCUniversal. They want it  either to restrict televising the games or not show them at all. At issue is the totalitarian regime using the games as a propaganda vehicle. China hopes the games will change the conversation away from its poor record on human and political rights, critics contend.

One counter argument centers on engaging China instead of isolating it. This could help move Beijing to improve its poor record. Yet some critics say this is not so. They argue Beijing's censors will block NBCUniversal and others should they attempt to report about China's political and human rights abuses. However, Beijing promises that journalists will have access during the games.

NBCUniversal's 2014 agreement with the International Olympics Committee (IOC) has the peacock network paying $8 billion for TV rights through 2032.

At a time when reputation and purpose are priorities for companies, it's a wonder they are sponsoring the games or advertising during them. How will they square participation with their corporate values, which include freedom of expression?

“Corporate sponsors appear indifferent to labor and human rights related to China in general and the Beijing Olympics in particular, [which] is a real risk to their corporate reputations,” Bennett Freeman, a former State Department official and a steering  committee member of the Coalition to End Forced Labour in the Uyghur Region, tells Politico.

Freeman adds, “To the extent that perception hardens, [it is] going to pose a significant political, regulatory and reputation threat to these companies." Problems for these companies, he says, "could come from both sides of the aisle.”

Indeed, prior to the White House's Dec. 6 diplomatic boycott of the games, a majority of Americans favored taking a stand against them. And a bipartisan group of lawmakers could whack the IOC this week.

Besides the reputation ding, sponsors must wonder about TV ratings. With 100 days remaining until the opening ceremony, results of a Morning Consult poll were sobering.

The poll revealed “the share of Americans who are aware that the games are happening at all is far lower than it was ahead of this past summer’s Tokyo games, which were the least-viewed Olympics (winter or summer) on record.”

Moreover, the poll showed the share of Americans who said they plan to watch the winter games was  "significantly lower than it was for last summer’s Tokyo games at the same point."

Just more than 40 percent of US adults said they plan "to watch 'a lot' or 'some' of the Beijing games, either on TV or via streaming." This is far below the 61 percent who, in March 2021, said they'd watch the same amount of the Tokyo games. On the other hand, 40 percent is a lot of viewers.

For context, the Tokyo games were a low point. COVID made them somber. For example, the opening ceremony was held in an empty stadium. It was the lowest-rated opening in 33 years.

Sports marketing and corporate bean counters will watch closely to see whether or not NBCUniversal can improve these dismal poll numbers.

There are important PR lessons from this situation:

Arthur Solomon was SVP/senior counselor at Burson-Marsteller, a journalist and member of the Seoul Peace Prize nominating committee. Reach him: [email protected]