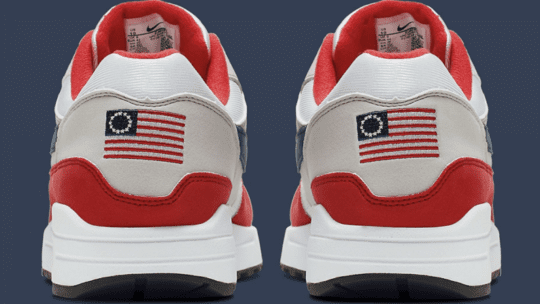 We live in an age when brands take calculated risks. They align themselves with identity-driven causes and values that may seem controversial but are, in fact, in concert with what their customers believe.

This was clear when Gillette debuted a brand voice around its "Best a Man Can Get" slogan that decried toxic masculinity and, bullying and sexual harassment. Prior to that, Nike signed the controversial former football player Colin Kaepernick as a spokesman. Its "Stand for Something" campaign lauded him as a hero for taking a knee during a pre-game National Anthem.

Both brand stunts saw many an angered patriot, stars and stripes emoji next to their Twitter handle, pledging to never buy the razors or wear the shoes again. Still, these campaigns saw more noise from supporters than from detractors. It's also highly likely that both brands had extensive data on their customers' values before pulling the trigger.

Now, Nike has doubled-down on its relationship with Kaepernick. It took his advice and decided to pull the release of its limited Air Max 1 Quick Strike Fourth of July shoe. The shoe was set for release this week to commemorate Independence Day. Kaepernick pointed out that the shoe, which displays Betsy Ross' 13-starred flag on the back heel, conjures painful memories of slavery for many black Americans. Others also pointed out that the flag has become a dog-whistle symbol for the growing domestic white nationalist movement.

Since this morning's announcement, the blowback and cries that Nike is un-American have been loud, despite the fact that the brand still has many pieces of apparel with American flags on it. Arizona governor Doug Ducey said he would withdraw all financial assistance allocated to help Nike open a manufacturing plant in the state. Fox anchor Laura Ingraham said that her family will no longer wear Nikes.

Despite the loudness of these patriots, Nike did its brand reputation a load of good listening to Kaepernick and pulling the shoes from shelves. For communicators wondering what a true spokesperson partnership should look like, here are some teachable takeaways.

Your spokesperson should have a seat at the table

When it comes to B2C brands, spokespeople are seldom champions of brand values or ideology. An actor who stars in a TV spot for a car is most likely cross-promoting the vehicle that also appears in their new film. The actor is not participating in the ad as a Chrysler enthusiast.

On the inverse, Nike seems to understand that there's a difference between codifying Kaepernick's belief system to sell shoes and actually putting it into practice when making larger brand decisions. Rectifying the potential for a tremendous disconnect, like its gaffe in running a Mother's Day ad about female athletes while not paying its sponsored female athletes on maternity leave, Nike has taken control of its brand narrative in advance this time.

Moreover, the brand also has ensured that it is not only interested in following the values of its most high-profile spokesperson as a gestural facade. When a brand understands that its spokesperson is also a brand ambassador, that relationship should turn into a two-way street. Your spokespeople will be much more engaged, and bought-in, when they know that they are actually being heard at the highest level.

Patriotic dissent is in right now

Whether or not Nike's decision to pull these shoes qualifies as unpatriotic, as some have said, ultimately depends on what behavior one considers to be in service of this country's core values. For many Americans, dissent remains the highest form of patriotism. As such, removal of this shoe from sale is a gesture of love for what the stars and stripes (now) represent.

A Gallup poll released this morning reveals that Americans' pride in the U.S. has hit its lowest historical point—70 percent— including just 45 percent who are "extremely" proud. Asked which factors of American life make them the most, and least proud,  Gallup reports that "[s]trong majorities express pride in six of the eight -- American scientific achievements (91%), the U.S. military (89%), American culture and arts (85%), economic (75%) and sporting (73%) achievements, and diversity in race, ethnic background, and religion (72%).

Conversely, the American political system (32%) and health and welfare system (37%) are not sources of pride to most Americans.

To that end, it's safe to say that Nike has an advanced pulse on the cultural climate, and decided to make this controversial decision with a bit of premonition for public sentiment. Your brand can likely take a bold stance, too, so long as it's reflecting what values those within your organization—and representing it from the sidelines—hold dear.