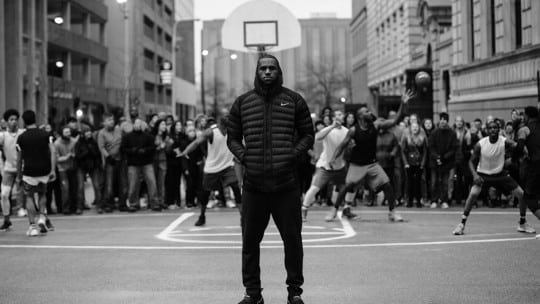 During the the 2017 Grammy Awards ceremony, Nike premiered its star-studded "Equality" ad, part of its newest campaign calling for racial and social equality on and off the court. It's likely, however, that much of Nike's core audience had already seen the ad, as Nike made its campaign as much a part of the conversation leading up to the Grammys as whether Adele or Beyoncé would sweep their respective categories.

So how did Nike, a shoe brand, make sure that it shone nearly as bright as Beyoncé's golden goddess costume during the festivities? Here's a look at Nike's strategic execution of the "Equality" campaign leading up to, during and following the Grammy ceremony.

In the days leading up to the Grammys, Nike won coverage in several major outlets including The Hill, The Washington Post and Mashable. Ad industry publications took notice as well, with Ad Age and Adweek both running stories on the campaign. Nike's PR team cast a wide net, targeting culture and lifestyle publications (The Rolling Stone, Mashable) as well as B2B publications and left-leaning news outlets. Using this wide targeting strategy, Nike ensured it reached music fans, businesses, progressives and sports enthusiasts alike.

During: Aligning Messaging With the Artists

This year's Grammy program took on a political bent, with performers like A Tribe Called Quest openly protesting the Trump administration and Beyoncé calling for a more equal future for her children. Nike's ad complemented the protest messaging, effectively converting the Grammys' most buzzed-about artists into brand evangelists. Alicia Keys tweeted the ad during the ceremony (her version of Sam Cooke's "A Change is Gonna Come" serves as the soundtrack):

It's been a long time coming... #Equality pic.twitter.com/6x5qTcdfx9

After: Keeping the Conversation Going on Social and Microsite

During the Grammy broadcast, Nike simultaneously changed all of its social media profile pictures to a simple "Equality" message: stark white text against a black background. The profile changes stayed into Monday morning, with the ad pinned to the top of the brand's official Facebook and Twitter pages. Nike also released a microsite which fans and supporters can use to change their own avatars to the simple "Equality" message. The social conversation is going strong, with almost 800 comments on Twitter and 19,000 retweets as of this writing.