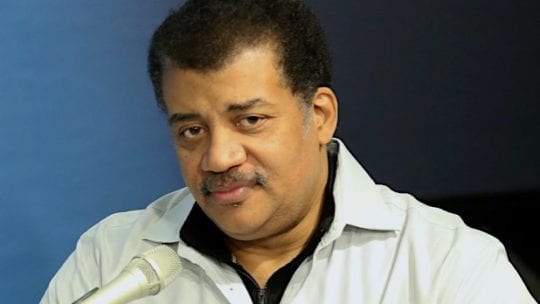 Famed astrophysicist Neil deGrasse Tyson is the latest embattled high-profile personality to be publicly accused of sexual misconduct, and like some of the accused before him, has decided to publicly defend his behavior on social media.

Tyson chose to respond to his accusers—each of whom had been interviewed by the interfaith media platform, Patheos—on Facebook, where his defense, which he entitled, "On Being Accused," posted on Saturday.

Because the most recent event allegedly occurred while Tyson's accuser worked as a production assistant on his show Cosmos, Fox Entertainment group and the show's producers are investigating the incident, according to the Washington Post.

Tyson’s response is notable for what it is not: a strong defense.  Let's take a look:

Tyson begins his response by acknowledging that he's been accused of sexual misconduct. So far, so good. But then he states:

"These accusations have received a fair amount of press in the past forty-eight hours, unaccompanied by my reactions. In many cases, it’s not the media’s fault. I declined comment on the grounds that serious accusations should not be adjudicated in the press. But clearly I cannot continue to stay silent."

It's never made clear why Tyson felt he didn't want to stick to his original strategy, which was to remain silent due to the seriousness of the accusations. Does the amount of media coverage mean the accusations are no longer serious? This gives the appearance that Tyson's decision to go public with his defense is an emotional one and also contradicts his statement that it should not be adjudicated in the press.

Tyson’s production assistant, during the summer of 2018, accused him of making unwanted advances towards her when he invited her alone to his house at night for wine and cheese, during which she says she felt uncomfortable with his demeanor and comments.

He states, "Practically everyone she knows on set gets a daily welcome-hug from her. I expressly rejected each hug offered frequently during the Production. But in its place I offered a handshake, and on a few occasions, clumsily declared, 'If I hug you I might just want more.' My intent was to express restrained but genuine affection."

Again, Tyson’s explanation of this behavior seems slippery, though he appears to believe otherwise in his letter.

The Medium Is the Message

Tyson chose to respond to these allegations on a social media platform that anyone with a Facebook account can now weigh in on—and they have: by Monday afternoon Tyson's post had received 4,3000 comments and has been shared over 6,000 times.  This could be perceived as disrespectful, not only to the accusers and their experiences, but to the seriousness of the allegations.

From a communications standpoint, the letter is a conundrum. It seems to advertise transparency while hiding behind quibbles over language and intentions. By invoking the he-said, she-said axiom and putting “me-too” in quotes, Tyson seems to suggest that this is just an attack by women desperate for attention who are attacking a powerful man, and his word should be taken as the truth here, completely ignoring the cultural paradigm he himself invokes. Though he does apologize for his actions towards one of the alleged victims, he criticizes the others.