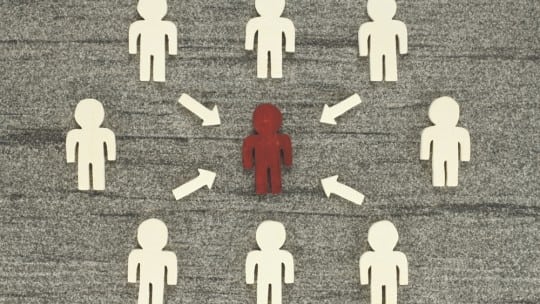 Nano-influencers are “everyday people, unassuming, ordinary folks,” according to sociologist and Microsoft researcher Duncan Watts. Rather than looking for fame or large-scale recognition, they are “super fans,” people so passionate about a particular brand that they post their authentic experiences about it and build a community around it online.

It may seem counterintuitive that an individual with a small following can become an important asset to a brand’s social strategy. But, as Brian Solis, principal analyst at Altimeter Group, notes, only 32% of consumers follow big influencers, compared to 70% who say they are influenced by family members or friends online. So, the nano-influencer who just can’t stop talking about your brand in a relatable and genuine way may be your ticket to accessing new markets.

In PR News’ recently published Influencer Marketing Guidebook, Christie M. Kleinmann, Ph.D., APR, and Kevin S. Trowbridge, Ph.D., both assistant professors of public relations at Belmont University, explain the power of nano-influencers who are not traditional internet personalities but still wield influence online. And though these are average people who may be against using conventional marketing tactics in their social media communities, businesses can still find ways to work with nano-influencers without overstepping bounds.

Don’t make the mistake of assuming your organization doesn’t have any nano-influencers—they may simply be quiet, but consistently faithful. Take the time to scour the internet for consumers regularly posting about your company or product on different platforms.

Now that you’ve identified the right person or people, observe them and the conversations they’re having about your brand before jumping in. Listening to what the nano-influencer is really saying not only provides valuable insights for your organization, but also gives you an authentic starting point when you do eventually reach out.

Remember that just because the community is about your company or product does not give you license to take it over. Chime in as appropriate to let them know you’re hearing them, but remember that the nano-influencer has already built this space without the company’s input and should be allowed to continue.

Amplifying the nano-influencer’s content can be a great way to complement it without stepping on their toes. Retweets, likes and shares are all great, but don’t treat it like a competition for who can get the most attention.

Let them know that you’ve been paying attention and you’re grateful for their support with a nice message, and to deepen the relationship, consider offering a reward like a meeting with someone in the organization or a behind-the-scenes look at the company.