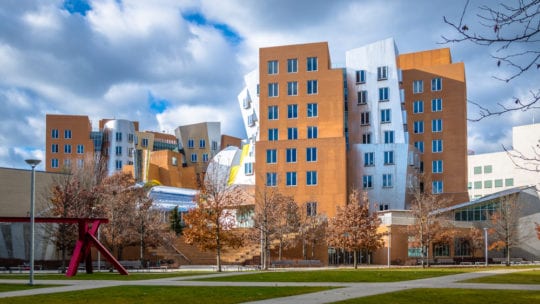 Farrow, the journalist whose reporting helped take down Harvey Weinstein among others, has become one of the journalists most closely tethered to the #MeToo movement.

On Sept. 6, Farrow's New Yorker piece reported that M.I.T. Media Lab director Joi Ito severely underplayed the amount of money the institution had accepted from the late philanthropist and convicted sex offender Jeffrey Epstein—at least $7.5 million, not $800,000 as previously disclosed—and that M.I.T. Media Lab had continued accepting contributions from Epstein long after it learned of his criminal behavior in 2008.

Ito resigned less than 24 hours after Farrow's piece was published.

"Make no mistake, this story of looking-the-other-way morals should not be seen as an unusual cautionary tale of a few rogue players," veteran tech journalist Kara Swisher wrote for the New York Times on Sunday.

"These corner-cutting ethics have too often become part and parcel to the way business is done in the top echelons of tech, allowing those who violate clear rules and flout decent behavior to thrive and those who object to such behavior to endure exhausting pushback."

Swisher's points evoke several lessons for those working in industries facing frequent moral outcry. Organizations should consider acknowledging their roles in the ecosystem, calling out patterns of bad behavior and scrutinizing philanthropic relationships.

Swisher's critique of the moral failures rotting the industry she covers minces no words. Moreover, she acknowledges her role in falling for the former M.I.T. Media Lab Director's words.

"[R]ight in the middle of doing it, Mr. Ito had bemoaned what had happened to the tech industry in a Recode Decode podcast I did with him with earlier this summer following the release of his book of essays, 'Resisting Reduction: Designing Our Complex Future With Machines,'" Swisher explains.

"Mr. Ito appears to have resisted nothing, although he was adept at chastising others in the industry who are grappling with thorny moral and societal issues around things like artificial intelligence."

In one fell swoop, Swisher calls out both Ito's hypocrisy and acknowledges her role in enabling it it. She takes it further by going back to her first introduction to Ito, ending with a line he said on her podcast about how the Media Lab was "often critical of companies that support us."

Her point is: No matter whether one or many bad actors plague an industry, their behavior is forever tethered to those who have enabled it, either intentionally or unintentionally. Only by confronting our roles in it can we begin to get rid of those who are part of the problem.

It's a journalist's job to recognize those patterns of bad behavior and report them—this is the whole basis of  trend, and a key news value. Swisher's piece not only does this, but encourages others of influence in tech do do the same. If it's a journalist's job to speak truth about negative patterns,  it's a communicator's job to make sure those patterns are anticipated and acknowledged by their organization's leadership.

"Not everyone had come to Mr. Ito’s defense," explains Swisher. "Xeni Jardin had taken to Twitter in a fury when the first news of Mr. Epstein’s donations to M.I.T. were revealed, and she kept banging on the drum of common sense and pointing out that the whole thing smelled badly."

"For this truth telling," Swisher continues, "Ms. Jardin was pilloried by many online and offline who should be ashamed of themselves." It's worth remembering that calling out negative patterns in your industry is just one piece of accountability. Lifting up those brave enough to put their careers and reputations on the line in order to do the same is another.

Most of the time, gift-giving and philanthropic donations are tethered to some sort of expectation—be it a building or wing named after the donor, the publication of research that supports the donor's agenda, etc. As the Sackler family experienced a very public shaming for its Perdue Pharma's role in the opioid crisis, many institutions have rejected gifts from the family or given back gifts already received. In the case of Epstein, who crafted a shell image of goodness around his vast philanthropic endeavors, we have seen far less reneging.

In tech, an industry that purports to be more thoughtful and progressive, this willful ignorance is doubly hypocritical. “There are no signs that the industry that considers itself the most woke on the planet is thinking about giving the money back or talking about not taking it in the future,” wrote Swisher in an older article.

"Accept reality?" she closes the Ito piece with a kicker. "Now there’s an innovative concept. Someone decent should fund that."

The idea that a monetary donation can help our organization is only true if the donation comes from a place that doesn't degrade, undermine or wholly contradict our organization's values. The sooner that communicators argue for playing an oversight role in that process, the better off our industries will be.