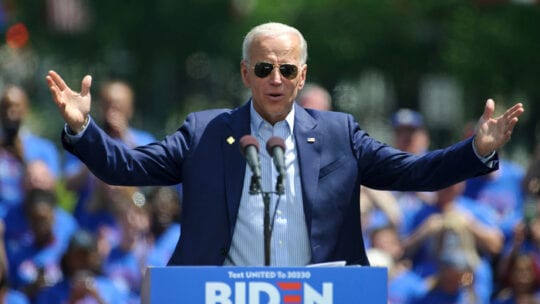 We are just days out from Election Day, and it seems all anyone can talk about is what President Trump is (or isn’t) doing. As has been the case the last few years, POTUS has saturated and dominated news cycles, leaving room for little else to break through. Some see news cycle domination as one of the main goals of PR. This is not the view of the Biden Harris camp. Why not? Take a look at recent events. The increasing onslaught of developments (self-created or otherwise) have trapped the president at the center of a media frenzy.

Many have wrung their hands about former VP Joe Biden staying relatively under the radar, especially during the first few months of the pandemic. However, his measured media strategy has proven to be advantageous in the long-term, no less so because of what he perceives as his opponent’s self-inflicted mistakes.

What takeaways can we learn from how Biden’s communications approach?

Don’t interrupt your opponent when you believe he or she is in the middle of making a mistake. Wisely, the former VP has let Trump be himself. The president has dominated the news with actions many see as irresponsible, including taking the Secret Service for a ride while infected with COVID-19 and holding super-spreader events. As a result, Biden’s ‘under-the-radar’ approach has greatly benefited him as he lets Trump dominate the news, saying and doing things he believes are miscues.

Speak to and reach different audiences

Clearly, the president's re-election strategy is to lean into his base. By contrast, Biden has sought to build a larger coalition of voters. He’s done this through strategic, varied messaging, appealing to working-class whites, African-American voters, older Americans, moderates, the LGBTQ+ community, former Republicans, etc.

Be truthful and consistent

From the beginning of his presidential campaign, Biden, for the most part, has assiduously avoided setting off fact-checkers. He's been careful with his words. Ironically, sometimes the best political messaging is the truth.

It seems clear Biden recognizes that he’s acting as a contrast to Trump when he’s deliberately forthright and honest with the media. His messaging style gives him the aura of reliability and consistency–things many Americans are craving.

In addition, Biden is taking a lesson from PR, striking an empathetic tone during this difficult time. Again, Biden believes he’s acting as a counterbalancing voice, especially when it comes to the pandemic. Simply put, sometimes doing what your camp views as the right thing–the socially responsible thing–is the best PR, whether that’s Biden talking about his national strategy for combating the pandemic, encouraging more Americans to wear masks and take precautions, or simply deciding not to hold large events.

By choosing a rising star for his ticket who performs well in interviews and appearances, Biden has boosted his communication arsenal with an extremely effective spokesperson. Senator Kamala Harris knows how to make a case effectively, communicate policy succinctly, utilize smartly worded quips and always holds her own.

In summary, allow your opponent do the talking sometimes, communicate to varied audiences, ensure consistency in your messaging, lead with empathy and pick your spokespeople wisely.

Now make sure you go out and vote!

Jenny Wang is VP at kglobal