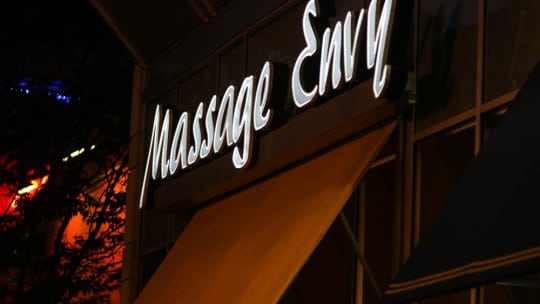 Massage Envy, the spa chain with nearly 1,200 U.S. locations, is under fire as a BuzzFeed investigation brought to light more than 180 allegations of sexual assault made against the company and its franchisees over a 15-year span.

While sexual assault allegations have frequently been in the news since the #MeToo movement began Oct. 15, this scandal differs in that an entire brand, rather than an individual, has been named. For communications professionals, the case raises the question: What steps should a brand take when faced with such severe allegations?

To Andrew Ricci, a vice president at Washington, D.C.-based agency LEVICK, brands need to plan before a crisis breaks, own the issue once it does break and be proactive and transparent in addressing the crisis.

Oddly, Massage Envy has not yet released an official public statement but it has sent a blanket statement to media outlets since the story broke on Sunday, Nov. 26. For Ricci, the brand's relative silence is probably indicative of a failure to plan.

“They needed to start planning a long time before something like this happened,” says Ricci. “Advance planning is always the first course of action.”

When he advises clients on crisis planning, Ricci will first rank the likelihood and impact of different scenarios. Given the nature of Massage Envy's industry, a crisis like this would rank pretty high for both likelihood and impact, and the company should've had a response plan and prepared statement ready to go.

"This shouldn't have been unforeseen," he says.

In its blanket media statement, Massage Envy says each of the instances is heartbreaking. "We will never stop looking for ways to help our franchisees provide a safe environment at Massage Envy franchise locations," the statement read.

And in the BuzzFeed story, the general counsel of Massage Envy Franchising, Melanie Hansen, said the company has policies in place for such matters, compelling franchisees to conduct internal investigations and support customers who come forward. “We hold franchise owners accountable to our policies...”

"Ultimately, they need to figure out how to fix the problem and it has to go beyond just saying it's up to each individual franchise, that each franchise is in charge of enforcing its policies," he says. "I don’t think that’s going to work."

Be Proactive and Transparent

If a crisis of this magnitude happens, a brand should be transparent and proactive in showing what steps it's taking to prevent sexual assault incidents from happening in the future.

"I don't see what upside they have in not saying anything," he says. "They should be very loud in saying they've accepted there's a problem and here's what they're doing to fix it, whether that's reevaluating background-check practices or creating a centralized hotline for customers to go directly to the top when something like this happens."

This is yet one more example of how all brands need to be prepared for allegations of this nature in the wake of the #MeToo movement.

"We’re in the  middle of a very powerful national conversation that is affecting politicians, personalities and brands—there’s nobody who’s untouched by this," Ricci says, "It’s a wake-up call to a lot of people and I don’t think it’s going to end."

A spokesperson for Massage Envy was unavailable for comment.