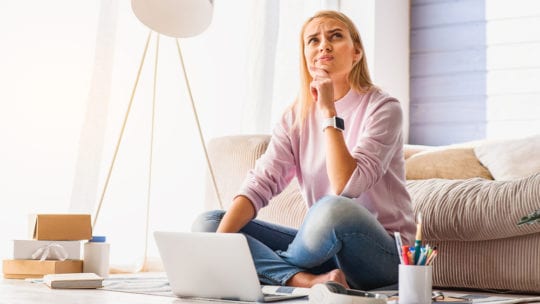 [Editor's Note: It is said that "Failure is the mother of success.” Thomas Edison tried thousands of ways to invent the light bulb before he discovered his life-altering solution. Babe Ruth hit 714 home runs, but at retirement he also held the mark for most strikeouts. KFC's Colonel Harland Sanders was 65 when he began selling his fried chicken recipe. It was rejected more than 1,000 times. Howard Schultz approached 242 investors with the idea of franchising a coffee shop called Starbucks. Nearly 220 of them refused.

In this PRNEWS series in partnership with the Institute for Public Relations, industry leaders share lessons they learned from failure. In the following essay we hear about lessons that success can teach us. We hear from Catherine Mathis, a communicator who held a job that many of us would envy.]

In 2009, I faced that decision. By then, I had been leading corporate communications at The New York Times Company for nine years. It was a dream job, but a very challenging and demanding one. My husband called me the Queen of Crisis – we had reporters who went to jail, were kidnapped and, in one case, plagiarized. I loved the stimulation and the rush that came from tough situations.

Even setting aside the adrenaline factor, The Times Company was an amazing place to work. It’s a great brand; people return your phone calls when you work for The Times.

Admittedly the company was struggling financially in 2009, given the recession and the continued shift from print to digital. Yet our journalists were experimenting with new forms of storytelling. In addition, we were creatively and thoughtfully reducing costs. I had a great team and worked with people I liked, admired and respected.

Should You Leave a Job You Love?

In addition, I wasn’t growing. We all need opportunities to learn and think creatively. It was tough to find the time to do that and resources were very limited.

I debated what to do. What options were there? Could I change the way I did my job at The Times?

Through discussions with my husband and friends in marketing and communications about their experiences, I determined that I wanted a better work-life balance. I also realized I desired an opportunity to learn and grow in a new sector outside the media industry. Ultimately, I left The Times to run marketing and communications for Standard & Poor’s.

It was the right decision. After I announced my decision to depart, I asked The Times’s CEO if she had any advice for me in my new job. Her response: “Yes. Work less.” Not the usual advice from a CEO.

In fact, my work-life balance improved. I learned a new business and company and did so with a much larger team (70 people versus 11 at The Times). In addition, I became a manager of managers, which made me think very differently about how to lead.

My biggest takeaway is that you should run to what you want, not away from a difficult situation. While learning a new company and industry are tough and take time, it’s very stimulating and rewarding. And I found it deeply nourishing to take practices I’d used and adapt them in a new environment.

Changing jobs is a personal decision. Each situation is different. Clearly understanding what you want and need and then moving toward it can help you decide what’s right for you. It worked for me.