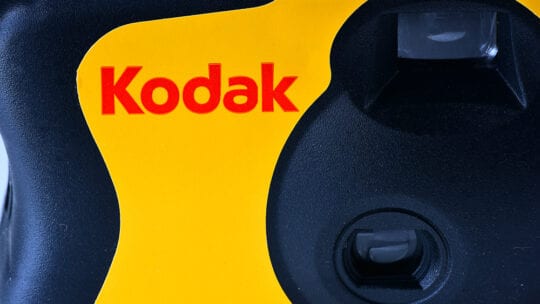 It’s a new spin on an old advertising slogan: The Trump administration pressed the button, and Kodak is doing the rest.

Some PR pros might be surprised to see analog photography pioneer Kodak—which filed for bankruptcy in 2011—making headlines for technological innovation, but a new contract with the federal government has sent its shares soaring.

The company, which emerged from bankruptcy in 2013 and has since transitioned into chemicals production, will be receiving a $765 million loan from the Trump administration to produce active pharmaceutical ingredients (API), some of which are used in coronavirus patient treatments.

The company and government officials touted the loan as a way to bring pharmaceutical production back to the U.S., offsetting manufacturing overseas. In a statement, Kodak executive chairman Jim Continenza praised "America’s self-sufficiency in producing the key pharmaceutical ingredients we need to keep our citizens safe."

While many will associate the move as slotting neatly into the administration’s "America First" ideology, the company is doing its best to distance itself from polarizing dialogue. In a CNN interview, Continenza stressed, "I'm not political. I'm a businessman. We run a company."

Politicians, however, were quick to note gains for the public. In a July 28 press briefing, the president touted the arrangement, funded under the Defense Production Act. It’s "one of the most important deals in the history of U.S. pharmaceutical industries," which he said was a part of an "onshoring campaign," following through on an oft-cited campaign promise to return manufacturing jobs from abroad.

In his press conference, New York Gov. Andrew Cuomo, who was tasked with communicating medical supply shortages early in the pandemic, reminded the public of "basic supply chain issues" in equipment due to disruptions in China and India. Both he and the president stressed the deal’s job creation benefits. 300 jobs will be created at a new Rochester, NY facility. Cuomo thanked Trump for his role, a rare move as the governor has been an outspoken critic of the federal response to the coronavirus.

In MarketWatch coverage of the deal, a financial analyst criticized the White House for choosing Kodak over other U.S.-based pharma players like Teva, Mylan and Amneal. Investment bank SVB Leerink’s Ami Fadia told MarketWatch, "We find it puzzling why generic pharmaceutical companies that have the capabilities and know-how for this have not yet been awarded such contracts."

Gene Grabowski, principal at kglobal, is an expert in pharmaceutical communication, having managed dozens of drug recalls when overseas supply chains caused problems for companies and consumers. He disagrees with Fadia, arguing that companies like Teva and Mylan are "already in a solid position to compete with Kodak and other API manufacturers to supply the world's biggest pharmaceutical companies with the ingredients they require."

Grabowski believes the Trump administration's loan to Kodak is politically motivated, noting jobs creation as a PR boon. He also sees the move as a smart one for economic and sector growth.

"The U.S. has learned the hard way that sourcing nearly all drug ingredients from overseas has created problems…supply chains that extend to Asian and Central American countries are difficult for drug companies to manage and inspect, which has led to numerous quality-control and product-recall issues." Those issues are exactly the kind of consumer-facing PR crises that communicators like Grabowski are called to address.

While the immediate future may look rosy for Kodak given the positive market response, Kristie Kuhl, managing partner of health at FINN Partners, sees potential challenges for Kodak’s communicators. "Kodak needs to demonstrate how this shift will support the pharmaceutical industry, communicate knowledge about the supply chain and share frequent updates that show this is a true shift and not a taxpayer money grab. Kodak can succeed, and it will require consistent actions and communications," she says.

Andy Gilman, president and CEO of CommCore Consulting Group, says Kodak can prepare for choppy waters by foreseeing probable lines of inquiry from stakeholders. Gilman’s concerns echo those of Fadia: "The bigger questions will be: Why Kodak? Why not contract with generic pharmaceutical companies that have a track record dealing with ingredients? Was this a contract awarded as a result of lobbying or political influence?"

These questions may prove a formidable PR challenge, but it never hurts to be well prepared for public scrutiny, even when things are looking up.