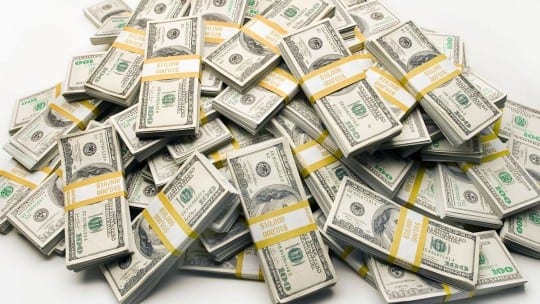 Actor Scarlett Johansson's lawsuit against the Walt Disney Company is turning out to be a blockbuster. Yet, the company's response is eliciting mostly thumbs-down reviews and providing an example of bad litigation communication. To its credit, Disney responded promptly and publicly. On the down side, it may have failed to consider the narrative arc.

On July 30, Johansson sued Disney's decision to release Black Widow not only in theaters but on the Disney+ streaming service. She is the film's star and an executive producer.

Johansson says streaming the film simultaneously with its theatrical release has cost her millions. Also, she claims her contract stipulated a theatrical release only. Johansson was promised a portion of the box-office take, which is diminished since people can watch the film on Disney+, for $30 a pop. Some see Johansson's suit as a bellwether in the rift between talent and management over streaming.

"There is no merit whatsoever to this filing," its statement said. "The lawsuit is especially sad and distressing in its callous disregard for the horrific and prolonged global effects of the COVID-19 pandemic. Disney has fully complied with Ms. Johansson's contract and furthermore, the release of Black Widow on Disney+ with Premier Access has significantly enhanced her ability to earn additional compensation on top of the $20 million she has received to date."

1. Its invocation of the pandemic as a defense against a possible contract breach. This didn't go over well.

"Disney's response is obsoletely [sic] repulsive. Disney is using the pandemic to protect its greed," a source in a Wall Street Journal article says.

In another Journal article, an opinion column, Holman W. Jenkins Jr. wrote, "If you weren't on Ms. Johansson's side before, you were now."

2. Disney's mention of Johansson's $20 million alleged salary. That got attention from Johansson's Hollywood agency, which felt compelled to release a statement.

"[Disney] included her salary in their press statement in an attempt to weaponize her success as an artist and businesswoman, as if that were something she should be ashamed of," Creative Artists Agency (CAA) co-chair Bryan Lourd said in the statement.

Some noted a whiff of sexism in Disney's response. Women in Film, ReFrame Project and Time's Up tweeted a joint statement decrying "this gendered character attack."

The only substantive points Disney made were its contentions that streaming didn't violate Johansson's contract. In fact, it said, she will make more money because some who will avoid a theater during the pandemic might stream Black Widow at home.

A better tactic for Disney: Elaborate on these points rather than taking cheap shots about the pandemic and Johansson's income.

There are many lessons from Disney's fumbled attempt at a response.

Any decision, action or communication that looks like corporate interests are being put before the interests of those impacted will, rightly, receive heavy criticism. Instead of responding with 'the lawsuit has no merit and we look forward to our day in court,' Disney attempted to shift blame to a popular actress.

Instead of getting people to forget the issue, Disney damaged its reputation. Its statement paints it as a perfect example of a tone-deaf organization and one that does not understand the difference between the court of public opinion and the court of law.

It's never a good idea to employ character assassination as a response to litigation when the person attacked has a positive public perception and charisma. While Disney's response was immediate, which usually is good in crisis and litigation communication, the company completely ignored the obvious, predictable backlash.

In a brilliant PR/crisis move, Lourd seized the moment with his impassioned statement. It blasted Disney for attacking Johansson's character.

"[Disney is] shamelessly and falsely accus[ing] Ms. Johansson of being insensitive to the global COVID pandemic, in an attempt to make her appear to be someone they and I know she isn't."