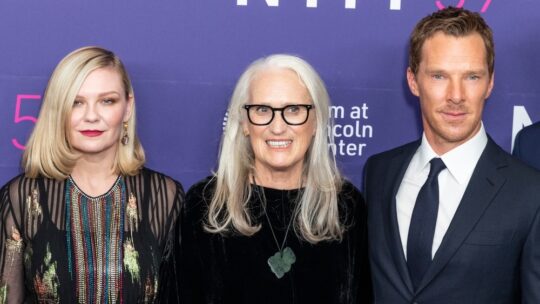 On Sunday March 13, film director Jane Campion walked on stage at the 2022 Critics’ Choice Awards to be honored for her work on "The Power of the Dog." During her acceptance speech, Campion acknowledged tennis legends Venus and Serena Williams through what she considered a playful joke.

“It’s absolutely stunning to be here tonight among so many incredible women,” Campion said during her speech. She lauded nominee Halle Berry, who received the SeeHer award, before mentioning the Williams' sisters, who were in the audience.

“Venus and Serena, you’re such marvels,” she continued. “However, you don’t play against the guys, like I have to.”

The implications behind the joke left a sour taste in many mouths. Even Venus Williams seemed to don an uncomfortable grin when the camera cut to her. The public heavily criticized Campion's punchline the next day for landing a harmful microaggression that minimized the sisters' legacy.

Campion faced five men for best director. While she highlighted the struggle of being a woman in a traditionally male-dominated category and industry, in the same breath she attempted to reduce the impact of two Black women.

Moreover, Campion's remark was incorrect. In addition to their singles careers, the Williams sisters play mixed doubles, which pits them against men.

“Regardless of the level of success Venus and Serena have on or off the tennis court,” Shelton says, “people still question their abilities.”

For instance, Shelton pointed to many instances where the media criticized the Williams sisters' athletic abilities. This included a racist and sexist caricature of Serena Williams in the Australian Press in 2018, depicting her throwing a tantrum at the U.S. Open. The Washington Post wrote that the cartoon reflected "the dehumanizing Jim Crow caricatures so common in the 19th and 20th centuries."

Says Shelton, “It reminded me that no matter what industry people of color or historically excluded groups participate in, people question the validity of their work.”

What line is too far to cross when telling a joke as a public speaker? Is it ever appropriate to include humor? It is, of course, though discretion and planning are recommended. Sticking to prepared remarks is a best practice, particularly for those unaccustomed to public speaking. Clearly people in high-profile positions have much to lose from off-target comments, Shelton adds.

Priscila Martinez, founder and CEO of The Brand Agency, says she has conversations daily with executives about how far is too far. Martinez emphasizes the importance of media training in such situations.

“As a best practice, we ask our CEOs and CMOs to run their speeches by a group” first, Martinez says. “Something may have a benign intention when recited alone, but can take a different shape once it's spoken out loud to a room full of people who are asked to absorb and interpret what was said.”

Take Ownership for Your Actions

To her credit, Campion apologized promptly.

“I made a thoughtless comment equating what I do in the film world with all that Serena Williams and Venus Williams have achieved,” she said. “The last thing I would ever want to do is minimize remarkable women. I love Serena and Venus. Their accomplishments are titanic and inspiring. Serena and Venus, I apologize and completely celebrate you.”

Martinez echoes a PR maxim when she asserts that public figures must take responsibility for their actions.

“You can’t run from the situation; you need to take stock of your actions and, most importantly, ownership,” Martinez says. A public speaker “may not have meant malice," but "must understand you are are fully responsible for the power of [your] words.”

Shelton thinks it's appropriate to go beyond an apology. “Take steps to demonstrate some sensitivity to the comments that you make. Make a real effort to...change."

Andrew Byrd is a media associate with PRNEWS