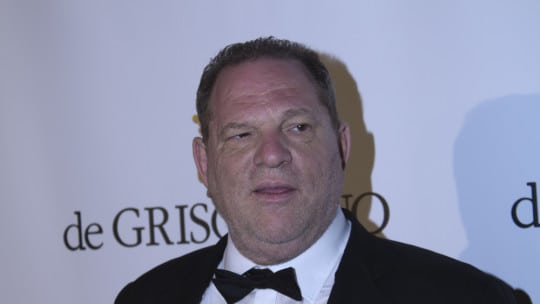 The Harvey Weinstein sexual harassment story underscores a question faced by many corporate communications and HR pros: Can you demand that the most powerful people in your organization get the training they need to avoid embarrassing themselves and the brand, and avoid hurting others?

On Oct. 5, the New York Times broke a story about multiple allegations of sexual harassment against the co-founder of Miramax and the Weinstein Company stretching back for nearly three decades. Some of the allegations were made by actresses such as Ashley Judd, but many stemmed from everyday employees within the organizations Weinstein ran.

Education and training around workplace conduct issues like sexual harassment is key for everyone from the top down, says Sandra Fathi, president of New York-based agency Affect.

“We need to work across the board to ensure that this type of behavior is eradicated in corporate cultures and executives are educated and held to proper ethical, moral and cultural norms," she says.

If complaints were already rampant and payouts to settle the allegations were being made to multiple women over decades—as the New York Times piece alleges–it’s likely that many of Weinstein’s colleagues, board members and industry peers knew, but didn’t act, Fathi notes.

“As a society, we need to be more accountable and we need to hold accountable the companies that allow this type of behavior and toxic corporate cultures to persist,” she says. “When organizations understand that supporting and protecting this type of deviant behavior is going to cost them in reputation, in revenue and in talent, that's when we'll truly see change start to happen.”

Some top executives may refuse to accept the need for training, or are so intimidating that such a request seems impossible. To avoid this scenario, companies need to instill a culture of accountability that extends to the very highest ranks, says Evan Goldberg, vice president of client services with Atlanta-based agency ARPR. Without that sense of accountability, people believe they can get away with anything, whether it’s senior-level bankers at Wells Fargo opening fake accounts, Equifax sitting on news of a data breach or Uber’s delayed reaction to years of reports of Travis Kalanick’s bad behavior.

The onus is on the other members of a senior leadership team to instill that structure and encourage the most powerful people in an organization—who may be exhibiting the worst behavior—that such a structure isn’t just the right thing to do, but necessary for the company's long-term survival.

“You have to create an environment and reporting apparatus where people feel safe to report things without fear of retribution,” Goldberg says. “Leaders need to create a working environment where, if people have a complaint, they’re not going to be portrayed as victims but as people who are solving a problem.”

Weinstein provided a statement to the New York Times saying that he’s seeking to be educated on the issue with the help of his lawyer Lisa Bloom.

“My journey now will be to learn about myself and conquer my demons,” he wrote. “Over the last year, I’ve asked Lisa Bloom to tutor me and she’s put together a team of people. I’ve brought on therapists and I plan to take a leave of absence from my company and to deal with the issue head on.”