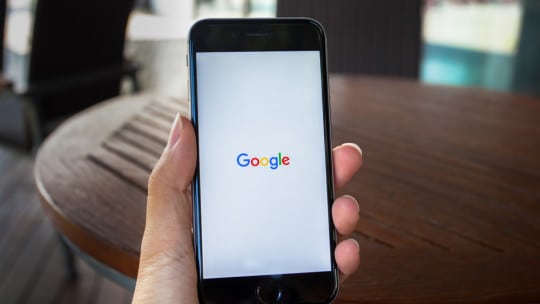 Another pressing data security issue has come to light this week.

An exclusive Associated Press investigative report on August 13 revealed that “many Google services on Android devices and iPhones store your location data even if you’ve used a privacy setting that says it will prevent Google from doing so.” The investigation was confirmed by computer-science researchers at Princeton, says AP.

While many Google-based apps do remind users to turn location on or off before accessing the app, the report points out that “even with Location History paused, some Google apps automatically store time-stamped location data without asking.” Though it can be deleted, it is not easily done, as each individual location has to be deleted manually, and users need to know where to look to find it. (Wired published an article later the same day explaining how users can stop this).

Some apps, such as Google Maps and the Android weather updates, might seem like obvious contenders for collecting location data. It’s hard to provide someone with directions or accurate weather data without knowing where they are. But the AP report also found that non-location related searches for products and the like also save exact latitudes and longitudes “accurate to the square foot” to your account. The article speculates this information may be used to boost advertising revenue, since companies may want to know the location of users who are searching for certain products so they can better market to them.

This raises privacy concerns for users who may be opting out of sharing their location history because they don’t want their data shared with advertisers.

A spokesperson from Google defended its practices, claiming that the company uses location data to “improve people’s experiences” and that they “provide clear descriptions of these tools, and robust controls so people can turn them on or off and delete their histories at any time.”

What seems to be at stake here is not whether or not users have the ability to turn off location histories, but whether or not it is completely clear to users how to make sure location tracking is turned off from all angles. For example, the article also references another setting called “Web and App Activity,” which does not specifically refer to location information and is automatically enabled. A user would have to be aware of this option beforehand, and pop-ups asking permission to use a user’s location do not make reference to this setting.

“When paused, it will prevent activity on any device from being saved to your account. But leaving ‘Web & App Activity’ on and turning ‘Location History’ off only prevents Google from adding your movements to the ‘timeline,’ its visualization of your daily travels. It does not stop Google’s collection of other location markers.”

Critics—including law makers—argue that Google is being purposely deceptive by making users believe the company is not tracking their location when in actuality they still are. From a communications standpoint, Google doesn’t seem to be listening to its users, who may have privacy concerns and want to be assured the company is fully complying with their data-collection choices.

As always, it is best to be as transparent with your consumers—a trend that the tech industry seems to take issue with.