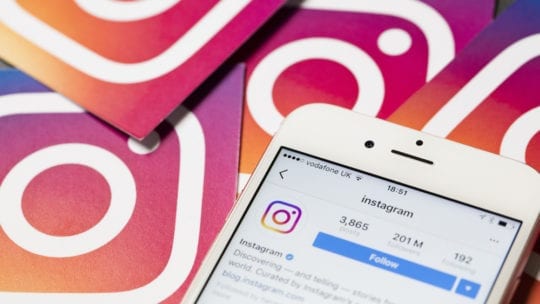 Instagram caused an uproar this week when it unintentionally released a glimpse of a potential update to feeds on the platform.

On the morning of Dec. 27, some users found that their Instagram interface had shifted from its usual vertical layout to a horizontal one, in which users had to tap or swipe through one post at a time to get to the next—similar to the Stories feature. Rather than scrolling quickly through posts and ads that weren’t of interest, users had to interact with every post in one way or another.

The outcry was swift. Although Stories is immensely popular, that the company was apparently planning to change feeds incensed users. They took to the internet to make their feelings known, with some even threatening to delete the app altogether.

Instagram reverted to the vertical layout almost as quickly as the backlash exploded. Instagram head Adam Mosseri tweeted that it “was a very small test that went broad by accident.” But a tweet on the main Instagram account referred to the issue as a “bug” rather than a mishandled test, breaking a cardinal rule of crisis response: make sure your messaging is aligned across your organization.

That was supposed to be a very small test that went broad by accident. Should be fixed now. If you're still seeing it simply restart the app. Happy holidays! ????

Due to a bug, some users saw a change to the way their feed appears today. We quickly fixed the issue and feed is back to normal. We apologize for any confusion.

The Verge reported that Instagram has actually been testing this type of feed since October within the Explore section of the app, leading some credence to the allegation that this was not a case of mistaken testing, but rather an intentional beta test to gauge how users would react to the change. Obviously, the results were not good. But that doesn’t mean the shift won’t still occur in the future—users are still complaining about the fact that their feeds are not in chronological order, which Instagram rolled out in 2016.

For communicators and social media marketers, the best thing to do right now is nothing. There is no use worrying about something that hasn’t actually occurred. But keep an eye out for future “bugs” that may indicate that this “test” is becoming a permanent reality. It could be beneficial for advertisers, in fact, since users will have to engage more directly with ads even if just to swipe them away, rather than scrolling quickly past as they do now.

But this could also be a repeat of Snapchat’s latest algorithm change, which resulted in a petition to revert back to the old version and a drop in user numbers. If nothing else, this incident shows the power of listening to your customers on social media, who will always let you know when they’re unhappy.